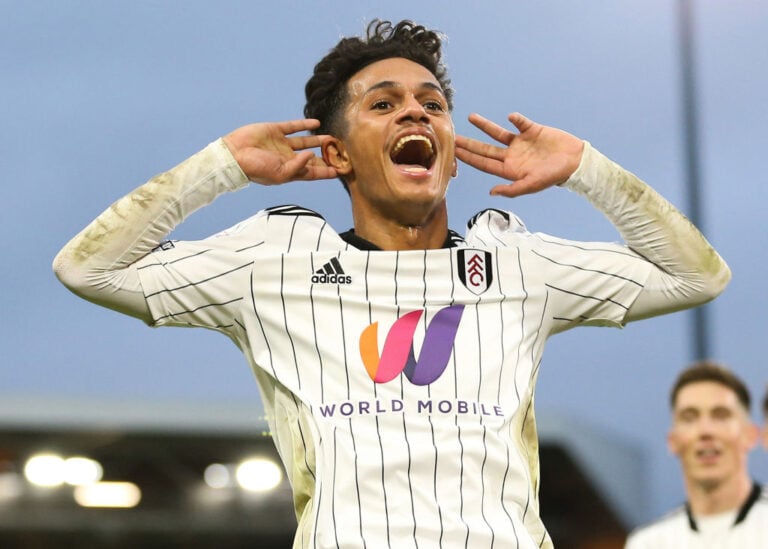 Liverpool have bolstered their squad after reaching a deal with Fulham to sign Portuguese sensation Fabio Carvalho.

They made a last-ditch effort to bring him to Anfield on deadline day, but they failed to complete the transfer before the deadline. Jurgen Klopp’s side agreed on a deal to sign Carvalho, with the player being loaned back to Fulham for the remainder of this season.

However, this blow didn’t end their aspirations of signing the winger. They continued to negotiate with Fulham, and evidently, it’s paid off.

Why Liverpool have been chasing Carvalho

Although Aleksandar Mitrović has been the leading man for Fulham this season, with an astounding 38 goals and seven assists, plenty of other players have captivated the Craven Cottage faithful this year.

One of those is Carvalho. The 19-year-old started the season in blistering form. He bagged three goals in his first five matches and rightfully received August’s EFL Young Player of the Month award.

The playmaker is fast becoming one of the most exciting players in Europe. He’s dazzled spectators with his immense ability on the ball and his innate ability to pick the perfect pass. Since his days in the youth system, the youngster has been tipped for big things.

His former youth coach, Greg Crutwell, is exceptionally high on his former player’s ability. He believes that the playmaker shares one particular attribute with the likes of Cristiano Ronaldo and Lionel Messi.

Discussing whether he could win the Ballon d’Or in the future, Crutwell told talkSPORT in October: “As long as he stays lucky with injury, the world is his oyster. He definitely has the X factor.

“What you also need, and I’m sure Ronaldo, Lionel Messi and Kylian Mbappe all have it, but when you meet Fabio, he lights up a room. His smile lights up a room. He comes in and shakes your hand, and you think there’s something about him. He has an aura. I’ve worked with a lot of good players, but he’s just got that X factor and that little something.”

Liverpool fans across the country are overjoyed by the revelation that they’ve signed a potential future superstar. And undoubtedly they’ll want to know all the details.

Fabrizio Romano has revealed that a deal has been agreed and will cost Liverpool a fee in the region of £7.7 million. Unlike the last agreement in January, there will not be a loan-back option.

Romano tweeted: “Fabio Carvalho to Liverpool, here we go. Done deal. Medical already completed with Fulham’s permission. Five million fee plus 2.7m add ons, a sell-on clause included. Contract until 2027. NO plan to loan him back. Announcement in May.”

Carvalho clearly possesses all the talent to make it to the pinnacle of the game. And he is clearly a signing for the here and now. Therefore, fans will watch closely to see just how quickly he rises through the ranks.

Four EFL deadline day signings to watch out for