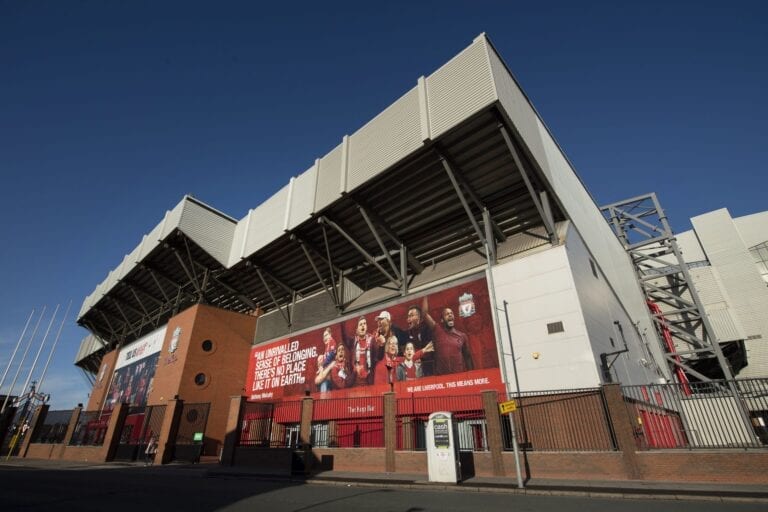 Liverpool have issued an apology after the Real Madrid team bus was damaged as it approached Anfield prior to last night’s Champions League quarter-final.

A window was broken after reportedly being hit by a bottle, with footage of the clean-up being posted to social media.

The Real Madrid team bus was smashed on the way into Anfield. Saw the clean-up of the glass here pic.twitter.com/tlnwAjtGpW

The club quickly condemned the actions and said they would work with police to identify those responsible for the damage.

“We condemn unequivocally the actions that led to Real Madrid’s team bus being damaged during its arrival to Anfield this evening,” their statement read.

“It is totally unacceptable and shameful behaviour of a few individuals.

“We sincerely apologise to our visitors for any distress caused.” the statement added. “We will work together with Merseyside Police to establish the facts and identify those responsible.”

Real Madrid responded to the apology, pointing out the strong relationship they have with Liverpool.

“The relationship between the two clubs is great. Liverpool’s directors have apologised and now we focus on the match,” said Emilio Butraguenp, Madrid’s director of institutional relations ahead of last night’s game.