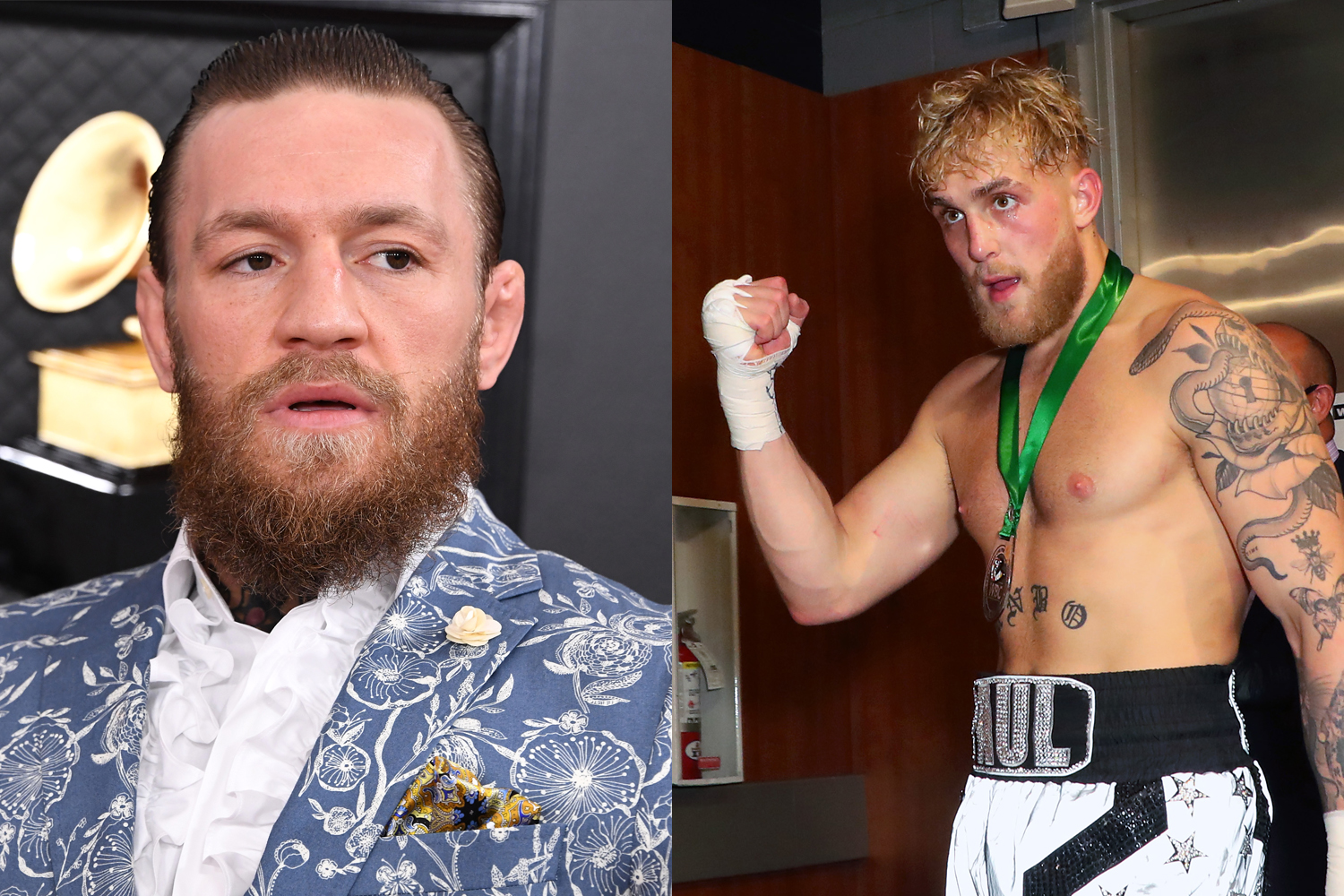 We get it, a lot of people aren’t having any of the whole YouTuber stepping into the boxing ring trend – we all have our own feelings on it.

That being said, it’s impossible to ignore the growing popularity of these kinds of events and with the money being thrown around to make them happen, there is clearly demand for it.

Off the back of knocking out former NBA star Nate Robinson, Jake Paul has set his sights on Conor McGregor, claiming to have made a $50m offer to make the fight happen.

In a new clip, Paul embarks on a sweary rant draped in an Irish flag, taking aim at McGregor’s issues outside of the ring as well as insulting his wife.

“What the f*ck is up, you Irish c*nt?” said Paul, smoking a cigar. “Good morning, Conor McGregor. I know you’re probably beating up old dudes in a bar right now, or maybe you’re jacking off because you’re sick of f*cking your wife. I mean, she’s a four, Conor. You could do a lot better – but happy Monday!

“My team sent you a $50 million offer this morning – $50 million cash, proof of funds – the biggest offer you’ve ever been offered. But you’re still scared to fight me, Conor. You’re ducking me ‘cause you don’t want to lose to a f*cking YouTuber. You’re 0-1 as a boxer. I’m 2-0 as a boxer. I just came off the eighth biggest pay-per-view event in history, but you want to fight Dustin ‘Prober’ who has less followers on Instagram than my (expletive) dog – that’s a fact.

Jake Paul u need your ass beat for free u spoiled fuck u can’t really fight dumbshit your gonna end up with your ass whooped for real somewhere talking like that ??

White had previously shot down any chances of a fight with McGregor happening, refusing to get involved with the growing trend of “freak show fights”.

Jake’s brother Logan is of course set to take on Floyd Mayweather in February, in what is undoubtedly the biggest event of its kind to date.