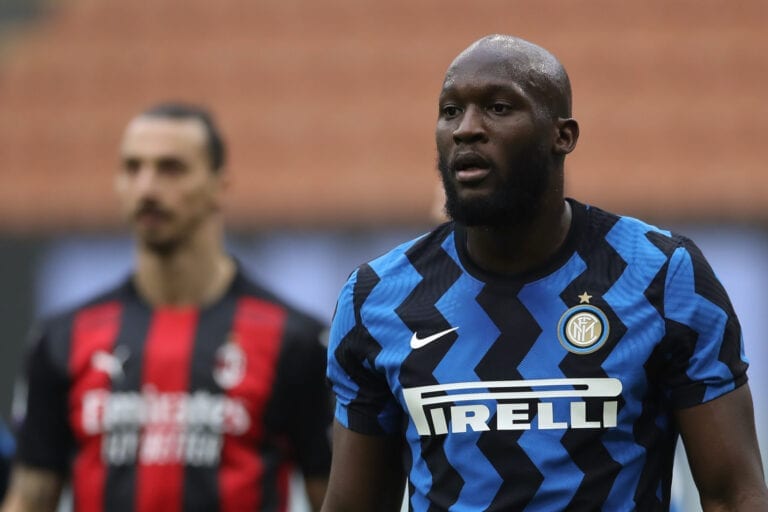 Romelu Lukaku appeared to poke fun at AC Milan’s Zlatan Ibrahimovic after his Inter Milan side secured their first Serie A title in 11 years at the weekend.

Having defeated Crotone 2-0 on Saturday, Antonio Conte’s side knew they would be crowned champions with four games still to play if Atalanta failed to win against Sassuolo.

And the side from Bergamo could only record a 1-1 draw, in a high-tempered game which saw a missed penalty and two red cards, one of which was shown to Atalanta goalkeeper Pierluigi Gollini in the first half.

They were the only side that could still catch the league leaders prior to kick-off.

That result meant Inter could celebrate, and Lukaku posted the following message to Twitter shortly after their achievement was confirmed:

He then posted a tweet calling himself the ‘King of Milan’, with a winking face emoji.

That would appear to reference a tweet Ibrahimovic posted back in October 2020.

After Milan had defeated Inter 2-1 in the Milan Derby, with Zlatan scoring twice, the Swedish international wrote: “Milano never had a king, they have a GOD.”

The exchange first began last February, when Lukaku posted on Instagram with the caption ‘there is a new king in town’ after Inter had beaten Milan 4-2.

Lukaku and Zlatan’s clash on the pitch

The duo’s rivalry hasn’t limited itself to off the field.

During Inter’s 2-1 Coppa Italia victory over Milan in February, Ibrahimovic went head-to-head with Lukaku and the pair exchanged insults, with both men receiving a yellow card.

The Swede was later shown a second yellow card early in the second half.

With Zlatan recently signing a new one-year contract with Milan, and with Lukaku’s recent comments that he is “truly proud to play for Inter“, the book may not be closed on their rivalry just yet.