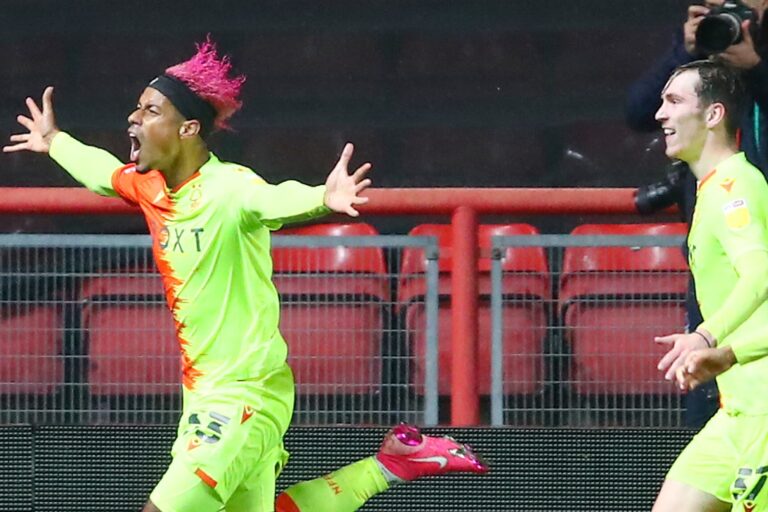 Nottingham Forest fans enjoyed one of the most remarkable comebacks in the recent history of the Championship against Bristol City last night with Lyle Taylor playing a starring role.

It’s been an average campaign up to this point for both the Robins and Forest with the pair lingering around mid-table, desperately trying to surge into the play-off discussion. Alas, with so many other clubs also vying for position in the top half, the big problem for both clubs is their lack of consistency.

That tends to be an issue many teams deal with in the second tier of English football because above all else, it’s such an unpredictable league that quite literally anything can happen and it wouldn’t take us by surprise.

On Tuesday, further proof of that was given when Nottingham Forest somehow managed to come from behind and defeat Bristol City in front of a stunned Ashton Gate.

The hosts had led since the 39th minute thanks to a goal from Alex Scott with City winding down the clock late in the second half. Unfortunately, they weren’t able to stay out of trouble with the visitors being awarded a penalty after Nathan Baker felled Forest’s Djed Spence.

Taylor stepped up and slotted home the equaliser, but the real headline came just moments later when, straight from kick-off, Forest marched back down to Bristol City’s goal and struck a dramatic winner courtesy of Lyle Taylor.

The scenes in the away end were captured by a travelling Forest fan with the pure bedlam of the Championship being highlighted in the most bizarre way imaginable.

It only took them up to 12th place in the table, but the memory of that game will live long in the mind of those supporters for many years to come.