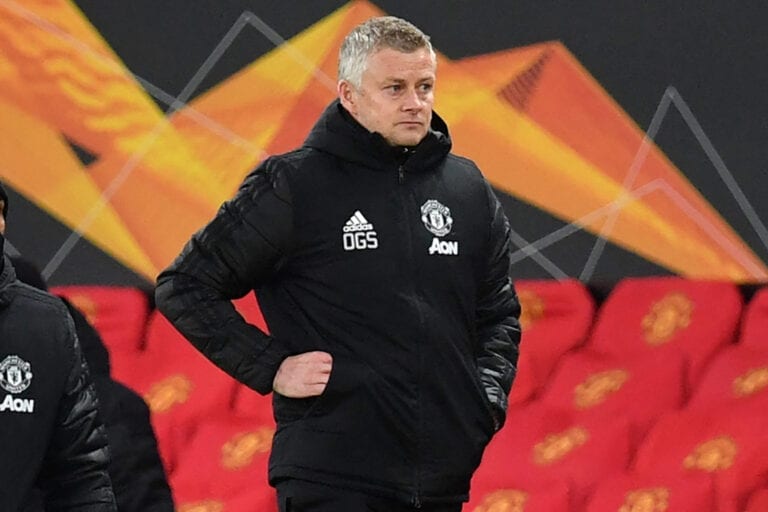 Manchester United are facing the prospect of playing three games in just five days after the side’s postponed fixture with Liverpool had a new date confirmed.

Last weekend’s match against their long-time rivals was abandoned due to protests against United’s ownership. Fans gained access to the Old Trafford pitch on two separate occasions, while others blocked the team bus at the Lowry Hotel.

With the club in action tonight against Roma in their second-leg Europa League semi-final, finding somewhere to fit the Liverpool game in was always going to be tough.

The rescheduled game will now take place on Thursday 13 at 8:15pm.

Prior to that, United will play Aston Villa on Sunday 9 at 14:05, with their game against Leicester being brought forward by 24 hours, now taking place on Tuesday 11 at 6pm.

The club posted on their website: “Each of our three remaining Old Trafford dates, against Leicester City, Liverpool and Fulham, have been rearranged, with the first two affected by Sunday’s postponement.

United v Liverpool will now be played at 20:15 BST on Thursday 13 May and, as intended originally, the game will be broadcast live on Sky Sports.

“The scheduling of that fixture means the visit of Leicester – already rearranged due to the Foxes’ involvement in the Emirates FA Cup final – has been put back 24 hours to Tuesday 11 May.”

After an impressive 6-2 first leg victory over Roma, if Solskjaer wasn’t already considering widespread changes ahead of tonight’s game, he almost definitely will be now in anticipation of an intense week ahead.