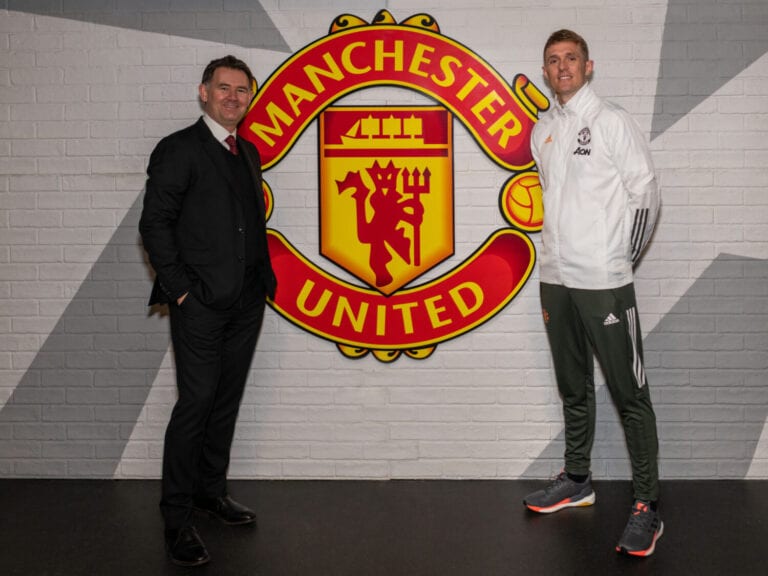 After plenty of speculation and frustration among fans over recent years, Manchester United have finally appointed their first footballing director.

John Murtough, who arrived at the club in January 2014, is stepping up from his position as ead of football development to take the role.

He previously worked with Everton before moving to the Red Devils.

Matt Judge will assume the role of director of football negotiations.

Reports that the club were intent on hiring a football director first surfaced in 2018, when Jose Mourinho was in charge.

In the intervening years, United have received criticism for not filling the role.

A host of names have been linked with the position, including ex-Marseille sporting director Luis Campos and former Red Devils goalkeeper Edwin van der Sar, currently at Ajax.

Executive vice-chairman Ed Woodward previously played a major role in transfer dealings. Manager Ole Gunnar Solskjaer also had a role in the recruitment process – one which he will retain with the new appointments.

Woodward is set to take a step back upon Judge taking over his new role.

United and Woodward speak out on new appointments

In a club statement on their official website, United said on Murtough’s role: “As a football director, John will work day-to-day with Ole to align recruitment and other strategies and to ensure that the first team has the best in-class operational support it needs to success.

“Ole will continue his role in the recruitment process, supported by extensive scouting and data analytics functions that will continue to report to John.”

Woodward added: “These are hugely important appointments that reinforce the progress we have been making as a club in recent years in our relentless pursuit of success.

“We have already made great strides forward in the way we run our football operations, and the benefits are visible in the resurgent pipeline of academy talent reaching the first team and through our improved recruitment record.

“John has been integral to our progress in these areas and his deep understanding of development ensures the club’s traditions of bringing young players through from academy to first team will continue.”