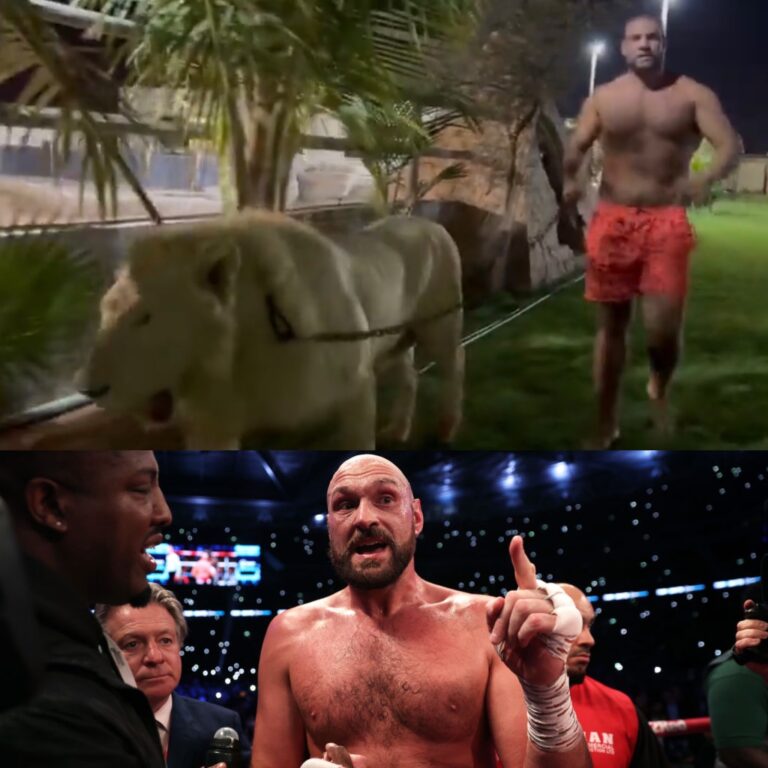 In one of the greatest call-out videos of all time, Manuel Charr, walked a lion while demanding that Tyson Fury sign the contract to face him on December 3.

Since the breakdown of the biggest bout in British boxing between ‘The Gypsy King’ and Anthony Joshua, attention has switched to who the WBC Champion will fight instead. And while, according to The Telegraph, Dereck Chisora looks the most likely to get the shot, one of Germany’s premier heavyweights hasn’t given up hope.

The former WBA ‘Regular’ heavyweight champion has done everything in his power to make the contest a reality. His videos have ranged from referring to AJ as ‘Anthony Pu**yua’ to slamming Tony Bellew on Instagram.

But with a life-changing cheque hanging in the balance, he’s well and truly pushed the boat out.

With time running out until the world’s best heavyweight fights at the Principality Stadium, the contender posted yet another entertaining clip. However, this time, he left viewers gobsmacked.

The 38-year-old walked shirtless beside some low trees with a lead in his hand. But it wasn’t connected to a pitbull or even a bulldog, but a massive white lion. The intimidating animal strolled through the grass while Charr addressed the camera.

He said: “Tyson Fury. Take the challenge. The White Lion is coming to the UK. I’m ready to punch your face, man. Stop talking too much and sign the paper. You promised the people.”

There’s no denying that the heavyweight would be a massive underdog against the 6ft 9 giant. But at the very least, his presence would make for an entertaining build-up, not to mention the fact that we’ve already seen Fury beat Chisora twice.