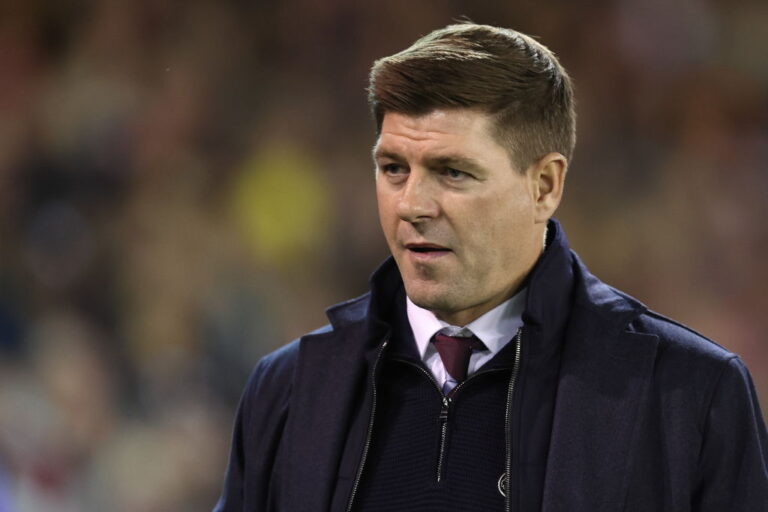 Despite a glorious start to managerial life, Steven Gerrard has entered the biggest crisis of his career, with his time at Aston Villa potentially coming to an end.

Following a tremendous stint with Rangers, in which the former midfielder guided the side to an SPL title, the Liverpudlian moved to the Premier League. However, he hasn’t found the same level of success. Last season, ‘The Villans’ finished 14th, and now, they’re even further down the table.

Having won just two of their nine games, Villa sit in a disappointing 16th place. And with just three points separating them from the relegation zone, fans are beginning to panic. On October 10, the Midlands side collided with rivals Nottingham Forest and only salvaged a draw thanks to a wonder goal from Ashley Young.

Subsequently, according to Yahoo, Gerrard has become the Premier League’s second favourite manager to get sacked, with odds currently at 11/4.

Throughout the campaign, the ex-playmaker has critiqued his squad’s lack of firing power. Despite Forest conceding an average of 2.4 goals a game, the Villa forwards didn’t look particularly dangerous, which puts Gerrard’s position in the dugout under question. Especially considering the game to come.

The Midlands club host Chelsea on Sunday in one of the toughest matches on the calendar. But despite the encounter looking difficult on paper, Gerrard hasn’t given up hopes of turning things around.

Following the draw against Forest, he told Sky Sports: “The important thing is how I get this team to be more potent.

“[For] Effort and application a lot of our play is OK until you get to a certain point. But look around the dressing room and you see [Philippe] Coutinho, [Emiliano] Buendia, [Ollie] Watkins, [Danny] Ings and [Leon] Bailey will be back soon.

“I need these players to step up and provide big moments and go and be headline writers for us.”

Roy Keane rumoured to take over as West Brom manager