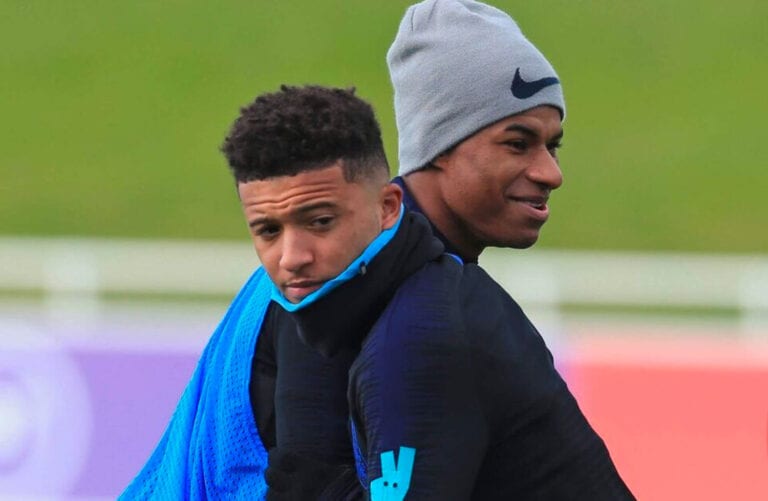 Marcus Rashford – and the agency that represents him – posted several tweets last night that got Manchester United fans talking about Jadon Sancho.

Sancho has been linked with a move to United since last summer, with the Borussia Dortmund winger having heavily impressed since moving to Germany in 2017.

But United refused to pay the reported nine-figure fee that the German club wanted for the striker in the last summer window, and the Englishman stayed with Dortmund.

He has enjoyed another fine season in Germany, scoring 16 goals in all competitions.

The 21-year-old was named in Gareth Southgate‘s final 26-man squad for Euro 2020, alongside Rashford.

And the current United star posted a photo of the pair in training yesterday, alongside the caption ‘Little bro’.

And that immediately got United fans talking on Twitter:

But then the excitement levels rose further when Rashford’s representatives, D N May Sports Management – which was co-founded by the United forward’s brother – got involved in the replies.

And when one fan suggested that Rashford and Sancho would be enjoying each other’s company more often in the near future, the company responded with a winking face emoji:

Can United fans read anything into the exchange, or it is simply a tease from the management company? We’ll have to wait and see how things develop over the summer.

The Athletic are reporting that United are willing to pay £80m for Sancho. That is a lower fee than Dortmund’s asking price when add-ons are taken into account.