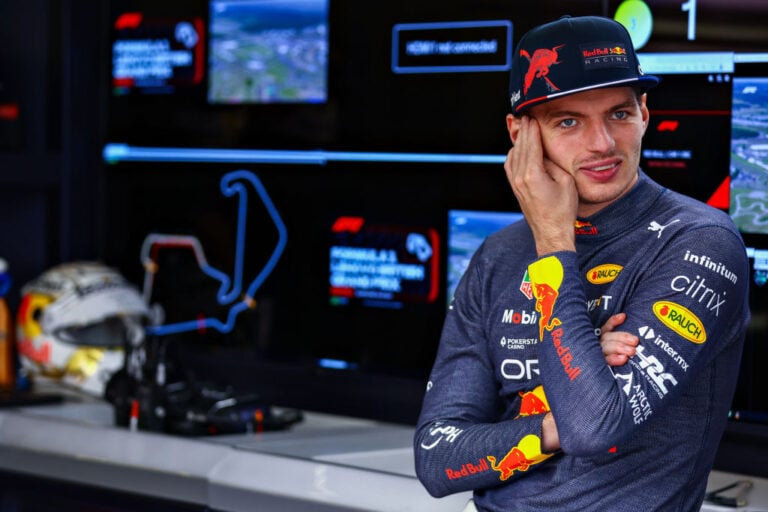 Reigning world champion Max Verstappen has detailed what producers of Netflix’s Drive to Survive need to do in order for him to feature in the series.

The documentary series has proved a hit among Formula 1 fans whilst drawing a new audience into the sport. Impressively, season four of the show was on the Netflix top ten lists in 56 countries. It also had over 4 million viewers on its first weekend – a testament to its popularity.

Drive to Survive has truly opened up the previously closed-off world of Formula 1 to a new generation of fans, with F1 much better off for it. For instance, the company has attributed the increase in viewership of races to the success of DTS.

Last year, there was an average global audience of 70.3 million per Grand Prix, a 13% increase from the previous year. Further positive viewership figures were found in the cumulative TV audience for the 2021 season; this went up 4%, to 1.55 billion people.

Additionally, Formula 1 enjoyed a follower boom on its various social media platforms. Their channels and accounts experienced a 40% boost in followers, sitting at 49.1 million and counting.

However, despite the exposure it brings to the sport, Drive to Survive is not without its critics.

Why did the World Champion not feature in DTS season 4?

Red Bull driver Max Verstappen did not appear in the most recent season of Drive to Survive. He did not appreciate the dramatization that occurred on the show. Verstappen claims that it fakes rivalries and paints certain drivers in a bad light.

AlphaTauri’s Pierre Gasly echoed Verstappen’s thoughts. According to The Mirror, the Frenchman said that the Netflix series has “some scenes that are kind of made up for the show”.

Further criticism from the paddock came from Lando Norris too. The McLaren ace was not impressed with the presentation of an on-track battle between himself and his teammate, Daniel Ricciardo.

As a result, F1 boss Stefano Domenicali stepped in and spoke to the series’ producers to see if they could strike a balance between drama and facts. Max Verstappen reportedly had a similar meeting, where he explained his requests for Drive to Survive.

Verstappen sets out needs for Drive to Survive return

In an interview ahead of the British Grand Prix, Verstappen revealed that he had a productive conversation with the Drive to Survive producers.

“I sat together with them and explained what I thought about it and what went wrong in the past,” said the Red Bull ace via Motorsport.com. “It was actually a very good, quick little chat. We’ll try to improve from it.

“You have a bit more say in how you are going to be portrayed, instead of giving an interview and not being sure what is going to be done with it and the way they put it in the show. That’s all I’m asking for – that it’s more realistic, at least from my side.

“I cannot control what they do with other drivers. But I want to be in control of what I’m releasing.”

Finally, Verstappen detailed the ultimate factor in appearing on the Netflix series once more. “It needs to be more on my terms. Otherwise, there’s no point to participate.”

So, we may see Verstappen in season five, after all.