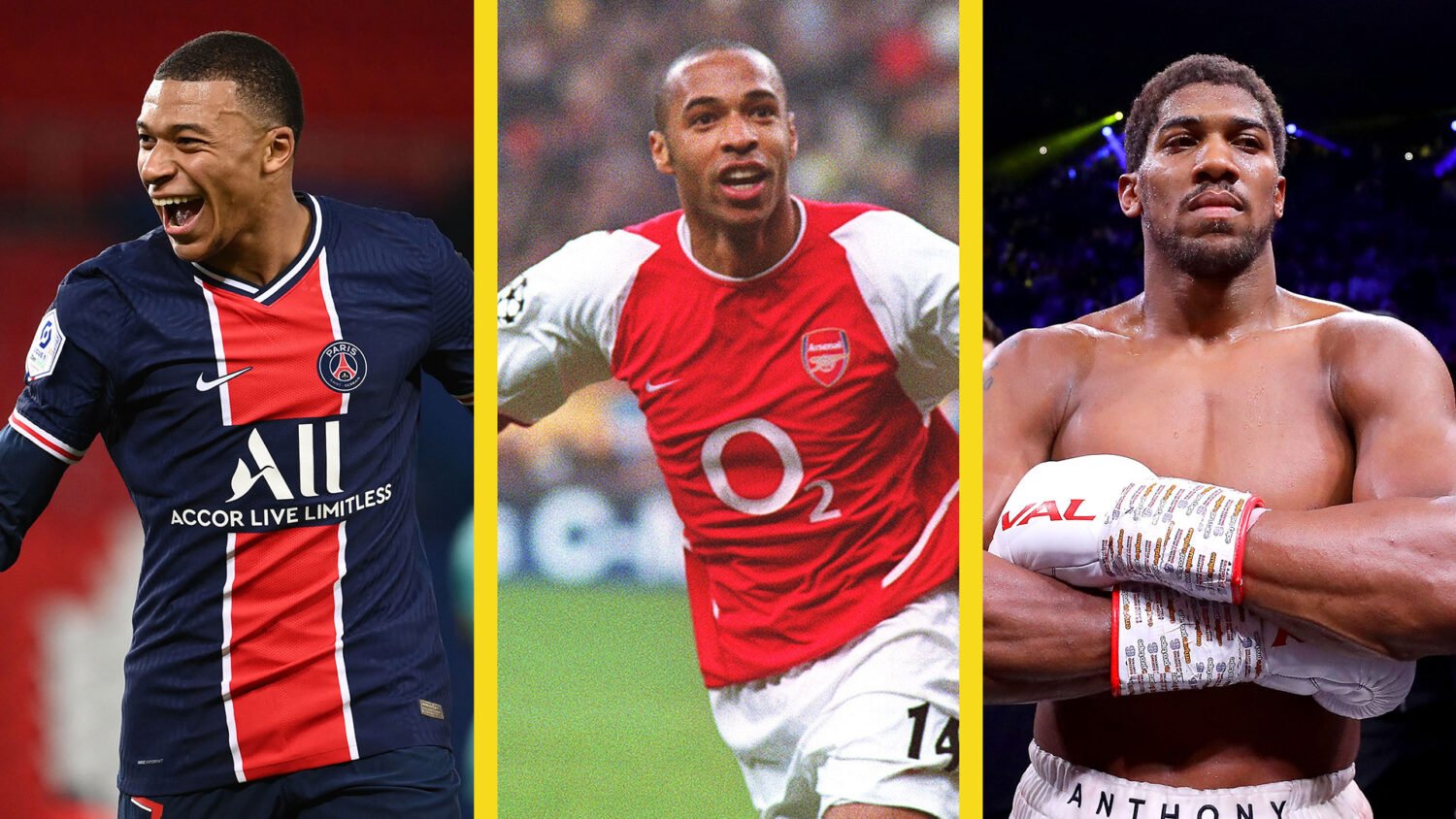 If you’ve played sport in your life, there’s a high chance you’ve been in a one-on-one situation.

Whether it be in football against the goalkeeper or striker, boxing against an opponent, golf against another player. You get the picture.

It could be at grassroots level or it could be at an elite level, the same idea remains that you have to come out on top in the situation.

And that’s the case with Kylian Mbappe, Anthony Joshua and Thierry Henry who were brought together by EA Sports FIFA to discuss the art of finishing one on one battles.

The trio came together in conversation to celebrate their inclusion as Groundbreakers in EA SPORTS FIFA 21, which allows players to recruit the biggest names from the world of football and beyond to their VOLTA SQUAD in the all-new VOLTA FEATURED BATTLES mode. Anthony Joshua is a playable character in VOLTA FOOTBALL and is unlockable via his VOLTA FEATURED BATTLE now.

“When you come one on one (with the goalkeeper) you wanna kill him, of course,” Mbappe stated.

He continued: “And that’s from me, that’s not something I work on, that comes from me since I was a young kid. I want to kill him, one against one you think you will stop my shot? No. It’s this spirit for me.”

With 123 goals in 191 club appearances, it’s safe to say that the 21-year has mastered the art of finishing one on one battles since he broke out onto the scene in the 2015/16 season.

Despite an amazing record, Mbappe still believes he has a lot of room to improve.

“Sometimes I come to a one on one and I approach it too easy, too sure of myself, too much confidence. I’m not focused on what I want to do, I’m too confident as I’m thinking ‘I can score easily’, but that’s not the good way.”

A player that Mbappe would have looked up to when he was younger was Thierry Henry.

Pleasure catching up with @k.mbappe & @anthonyjoshua What should AJ’s rating be? @easportsfifa #FIFA21 ?⚽?

The now Montreal Impact manager finished his career as Arsenal and France’s all-time top goalscorer so knows a thing or two about finishing one-on-one situations.

However, that’s a skill he had to develop throughout his career and worked on each day in training.

Henry commented: “When I was younger I needed five or six chances to score one goal, I wasn’t a natural born scorer.”

“The more time you have, the more difficult it is to score. By the time you change your mind the goalkeeper is at your feet and it’s too late. I started to develop my finish and I called it ‘freezing the goalkeeper’.”

“I used to put my head up so when you look at the goalkeeper he usually stops, and by the time he stops he cannot push very far with his legs because he’s stopped his momentum.”

“Then if you curve the ball properly, it’s usually a goal. That was my thing, I worked on it every day in training.”

Can the student become the master? To unlock my playable character, you will have to beat me in #VOLTA. Coming soon in #FIFA21. #Groundbreakers #ad @easportsfifa

Current WBA (Super), IBF, WBO and IBO Heavyweight Champion Anthony Joshua might be in a different sport, but the same narrative remains.

One on one, needing to come out on top and he’s got his go-to strike to finish those situations.

“The uppercut is my go-to finish. I love it so much, it’s so dangerous. It’s beautiful but it’s very violent as well. I really enjoy landing that shot”

He continued: “Energy doesn’t lie and as much as people will keep a poker face, I can just sense when they are ready to kind of give in. But when you meet someone who is just naturally born with confidence, one on one it’s hard to break them down because when you knock them down they get up and go “Let’s go again!”. They just brush it off and go again.”

Kylian Mbappé, Anthony Joshua and Thierry Henry were in conversation as Groundbreakers in EA SPORTS FIFA 21. They are just a few of the huge names from the worlds of football, music, fashion and beyond that are available to add to your VOLTA FOOTBALL squad each week through VOLTA FEATURED BATTLES. Anthony Joshua’s VOLTA FEATURED BATTLE is available in FIFA 21 now, so to pick-up your copy of the game and add him to your squad, head to https://www.ea.com/games/fifa/fifa-21/buy