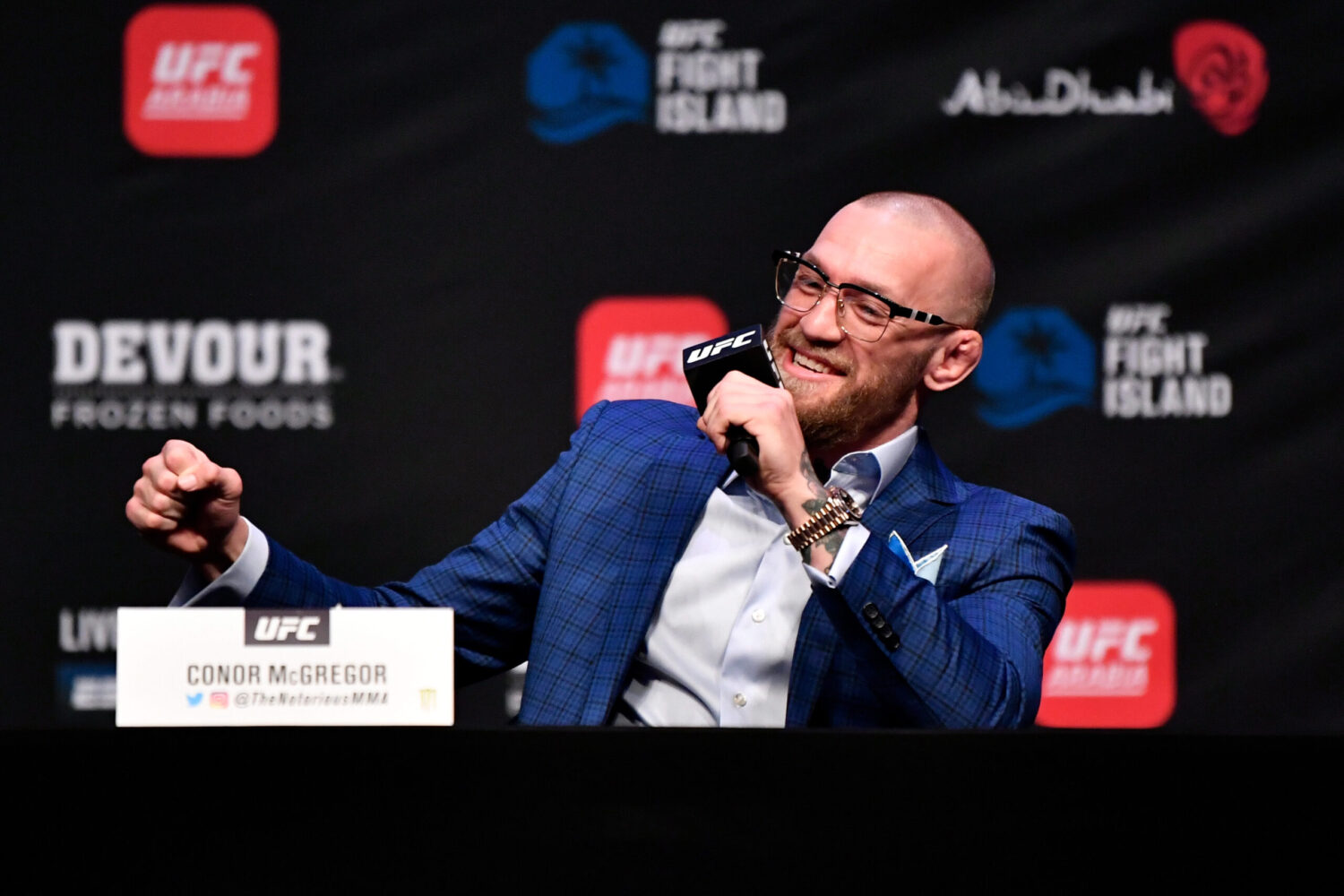 We’re just a day away from seeing the much-anticipated rematch between Conor McGregor and Dustin Poirier at UFC 257.

As is the norm, both fighters have been doing the media rounds, and everything has been pretty respectful between the two men who clearly have a ton of respect for one another.

There was one awkward moment in McGregor’s interview with Farah Hannoun for UFC Arabia though, in which the Irishman thinks he spots Max Holloway skate past the window.

Clearly distracted, he pauses the interview to say “that looked like Max Holloway going by on a skateboard there.”

Turns out, it was indeed Max Holloway, who had taken his board to Fight Island with him.

‘The Notorious’ even used the opportunity to congratulate Holloway on his stunning performance against Calvin Kattar last weekend, which saw him take the win via unanimous decision.

He even assured fans that he would definitely be up for fighting Holloway again, who he beat by unanimous decision back in 2013.

Echoing those comments, he told The Mac Life: “I thought it was a solid performance.”

“He fought an up-and-comer; he done well. I was actually doing an interview and he skateboarded by the window. I was like, ‘Is that Max Holloway?’

“He’s obviously hanging around, and fair play to him. He’s definitely in the pipeline for a bout against me. I would happily rematch Max, and after a performance like that, he’s put himself right up there.”

WHAT TIME IS THE CONOR MCGREGOR VS DUSTIN POIRIER FIGHT?

Pre-fight action, including the full undercard, is set to take place from 1am UK time, on Sunday January 24.

McGregor and Poirier are expected to make their walk to the octagon at around 3am UK time.

The fight is being broadcast exclusively on BT Sport Box Office.

The pay-per-view event, including the entire undercard will cost £19.95.

Stay tuned for more updates as the event draws closer.