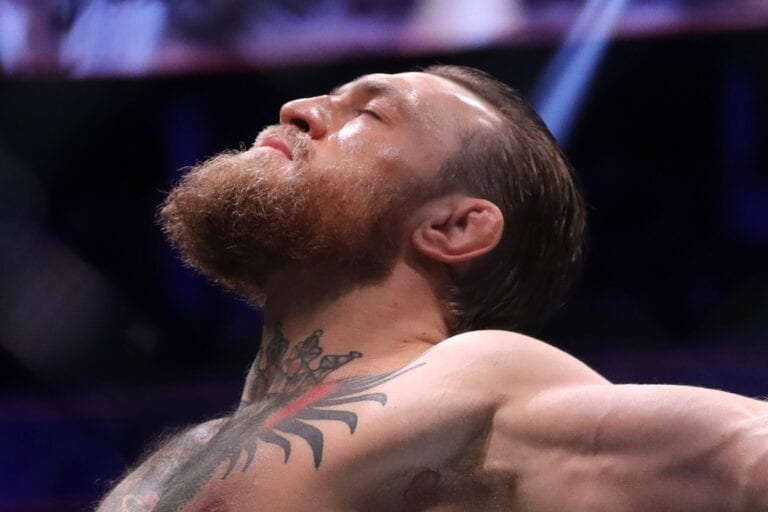 Conor McGregor has revealed what he plans to do in the aftermath of his upcoming trilogy fight against Dustin Poirier.

The Irishman is currently preparing to battle Poirier for the third time, just six months after ‘The Diamond’ knocked McGregor out on Fight Island in January.

The bout will be contested at lightweight with the popular opinion being that the victor will go on to face the winner of this Saturday’s 155-pound title fight between Charles Oliveira and Michael Chandler.

However, during a Twitter Q&A last night, McGregor made it clear that he has plenty of ideas in mind for what will happen beyond UFC 264.

Yes. I’ve always liked how I looked, felt, and performed at 170.
I will most certainly be going back up! https://t.co/8PS6OOXO6i

A conversation came up regarding Celtic first to be honest. To acquire shares from Dermot Desmond. I am certainly interested in acquiring a sports team at some stage!
Both Celtic and Man United are teams I like for sure. But I am open. I feel I could do big things for a club. https://t.co/KgD9qnYipP

Between fighting at least twice more this year, going back up to welterweight and potentially buying a football club, there’s a whole lot to process here.

McGregor holds a 2-1 record at welterweight in the UFC between his series against Nate Diaz and his brutal 40-second TKO win over Donald Cerrone in January 2020. With regards to fighting twice more this year, one would imagine he wants to get another bout in – potentially in New York City or on the end-of-year PPV – regardless of whether or not he beats Poirier in Las Vegas.

The United and Celtic discussions aren’t completely new either, given the fact that he’s already teased the idea of buying Manchester United in the wake of the European Super League debacle, though that felt very much like a tongue-in-cheek comment at the time.

Whatever happens afterwards, there’s no denying McGregor has a lot riding on the fight with Poirier and he’ll want to avenge that defeat in emphatic style – something which is no easy task against someone like Dustin.