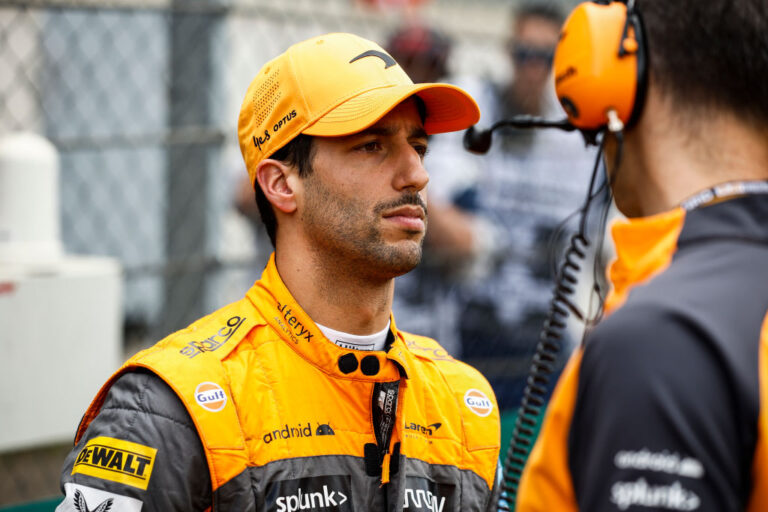 McLaren have confirmed that Daniel Ricciardo will depart the team at the end of the current 2022 season.

The announcement will surely spark a heated battle to replace him. IndyCar trio Colton Herta, Pato O’Ward and Alex Palou have all been rumoured to be in with a chance of taking the second driver seat. Oscar Piastri, meanwhile, has also been linked with becoming the team-mate of Lando Norris next season.

The Australian took the chequered flag at the 2021 Italian Grand Prix. It was McLaren’s first win in eight years. However, he has consistently struggled to match Norris for pace on track this season.

What McLaren, Ricciardo have said

In a statement, McLaren CEO, Zak Brown, said: “Daniel has been a great addition to McLaren, and it’s been a pleasure working with him.

“I’d like to thank him for all of his efforts over the last two seasons, both trackside and at base. It’s no secret that we hoped we could achieve more together, but seeing him stand on the top step of the podium as a McLaren driver was a highlight.

“We wish him for the future, and let’s go enjoy the rest of the season together.”

Daniel Ricciardo stated: “It’s been a privilege to be a part of the McLaren Racing family for the last two seasons. But, following several months of discussions with Zak & Andreas, we have decided to terminate my contract with the team early and agree to mutually part ways at the end of this season.

“I’ll be announcing my own future plans in due course, but regardless of what this next chapter brings, I have no regrets and am proud of the effort and work I gave McLaren, especially the win in Monza, last season.”