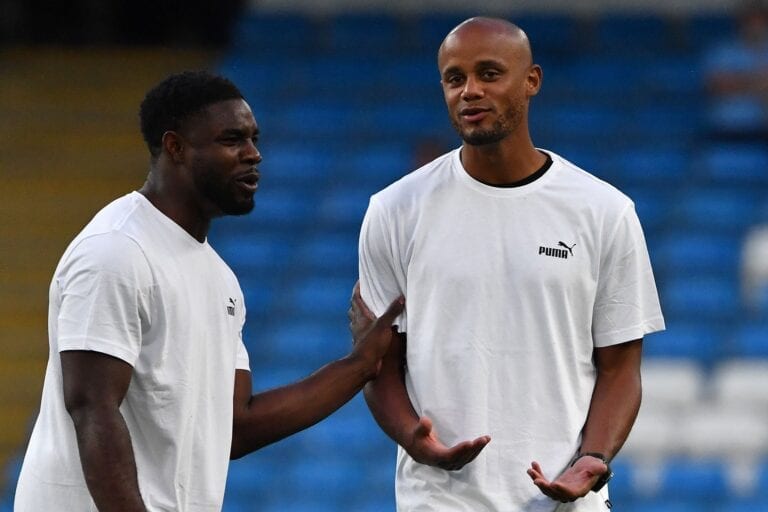 Richards was appearing on BBC’s Match of the Day: Top 10 podcast alongside Alan Shearer and host Gary Lineker.

On the podcast, the two pundits pick their own top 10 from a pre-selected list of 10 on a topic that differs each episode. On this occasion, it was the top 10 Premier League centre-halves.

On the Dutchman, Richards explained: “He could be the greatest ever, maybe it’s getting a bit late now in terms of age and he had his injury, but he had an instant impact.

“There’s no question marks over him, he can do everything.

“I can’t believe when he was at Celtic that Manchester City didn’t take a little punt on him.”

Richards said: “He’s a real leader. He can be selfish at times, he is a perfectionist and if you don’t do things at his level he takes things to heart.

“When he first came to the club under [Mark] Hughes we were a shambles.

“Kompany was a major part of taking the club to the next level when the new owners came in. He can be a bit serious at times, but he was doing it because he wanted to be the best.”

Meanwhile, he placed former Arsenal captain Tony Adams in third position, before he revealed that he had a difficult decision in picking between Rio Ferdinand – who he referred to as “like nothing I’d ever seen before” when he trained alongside him with England – and Terry for first place.

He explained: “His [Terry’s] record is ridiculous – 41 goals – that’s what just tipped it over the edge for me. I couldn’t pick between him and Rio.

“If I was watching a game I would go towards Rio, because he looked more elegant, but the goals tipped it for me.

“Terry was always shown as being a leader, putting his head in, but he’s more than that.

“His weak foot was better than my best foot.”