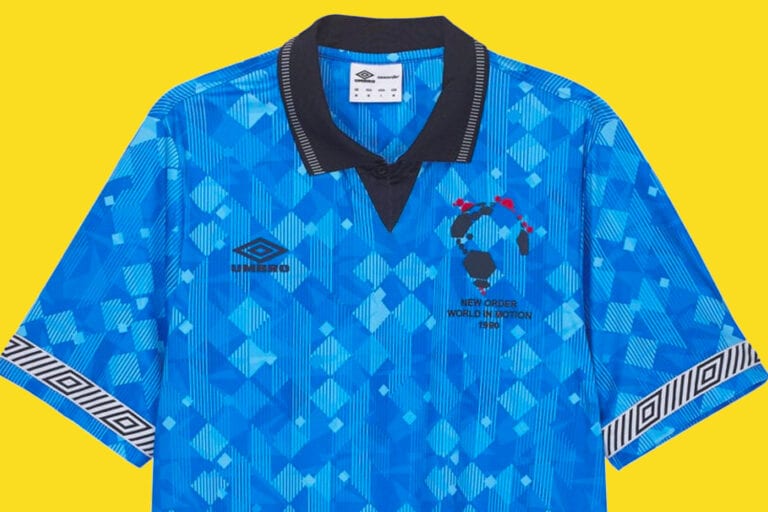 The collaboration sees a unique twist on two of the most iconic England shirts of all time.

Each design has been inspired by New Order’s England anthem ‘World in Motion’, which was released for the 1990 World Cup and went on to hold its own very special place on footballing pop culture, largely thanks to a dazzling cameo from one John Barnes. 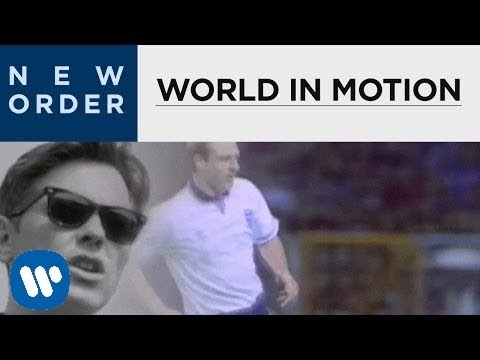 “New Order’s integration of post-punk with electronic and dance music made them one of the most acclaimed and influential bands of the 1980s. They were the flagship band for Manchester-based independent record label Factory Records and worked in long-term collaboration with graphic designer Peter Saville” the shirt’s description reads.

“30 years onwards Umbro & New Order Unite to pay homage to a piece of music and footballing history with a jersey saluting one of both entities continued iconic status.” It continues.

The England shirts come as part of Umbro’s ‘Madchester’ series, which pays tribute to the iconic Mancunian label, Factory Records.

The unmistakable yellow and black colour scheme serves as inspiration for three striking jerseys that blur the lines between football, music and fashion.

“Founded in 1978, the iconic Mancunian independent record label ‘Factory Records’ introduced a parade of major musicians and bands, not to mention one legendary nightclub, which combined to change the music scene forever. Umbro’s collaboration with Factory Records delivers a ten-piece collection celebrating the intersection between music, dance, football and Manchester – an incendiary mix which lit the fuse on the 1990’s.” Umbro say on the collab.

Unfortunately, the England shirts immediately sold out upon their release. However, you can still grab the Factory shirts, though we can’t imagine those will stick around for too long either.