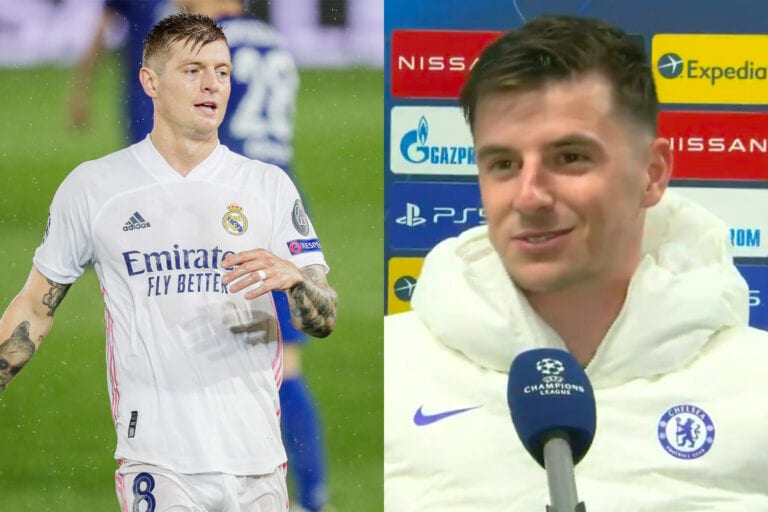 Real Madrid’s Toni Kroos has issued his own response to Mason Mount after the Chelsea man poked fun at his pre-game comments.

The back and forth began when, in the build-up to the second leg of the UCL semi-final between Real and the Blues, Kroos noted that he doesn’t lose sleep over any of Chelsea’s individual players and hasn’t done for any team in 15 years – but he did suggest they play well as a team.

In his post-match interview after Chelsea’s 2-0 win over Madrid, Mount was quick to bring up the comment from Kroos.

That wasn’t the end of the exchange though, as the Madrid man took to Twitter to respond to Mount’s comments, wishing him “good luck in your first CL final”.

In that game in Istanbul, Chelsea will meet Manchester City in just the third all-English final in the history of the competition.

On the flip side, Real Madrid have a tense end to the LaLiga title race to focus on in the weeks to come.

While the semi-final loss will no doubt be a huge disappointment for Kroos, the 31-year-old has already won four Champions League titles to go alongside three Bundesligas, two La Ligas and one World Cup, so he’s not exactly short on silverware.

There’s every chance Mount could go on to enjoy his own trophy successes if he continues on his current trajectory, as he continues his rise to being one of the most promising young talents in England.