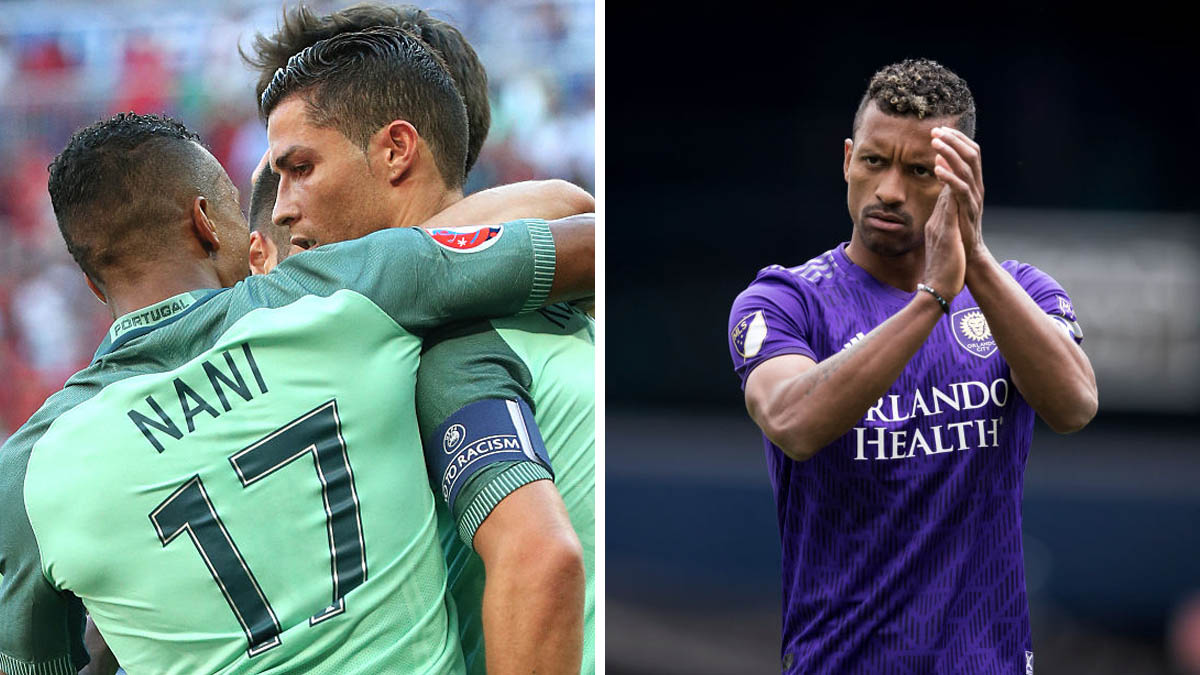 At times Nani could be an extremely frustrating player at Manchester United – at others, he could be one of the most explosive players in the league.

In fact it’s easy to forget that the season after the irreplaceable Cristiano Ronaldo left Old Trafford, the Portuguese winger did a stellar job at filling the hole his fellow countryman had just left.

Now plying his trade in the States, Nani was asked to name his dream 5-a-side team during a segment on the official MLS Instagram account.

“David de Gea is in goal, a very good player and one of the best in the world but he must bring his glasses with him because he can’t see anything without them.” He joked.

His second pick came in the form of Portugal legend, Deco.

“One of my idols” Nani stated.

“I learned a lot with him, his technique fits very well on the 5 v 5”.

Bruno Alves featured as a more defensive choice: “He has a lot of technique, if you need to play, he can play. If you need to destroy, he’s there”

It comes as no shock that Ronaldo was included, who Nani joked that he taught everything to when they were younger.

“He learned a lot with me. He Knows, he knows.”

The final spot in the team was given to Paul Scholes, thanks to his “great control of the ball and great vision.”