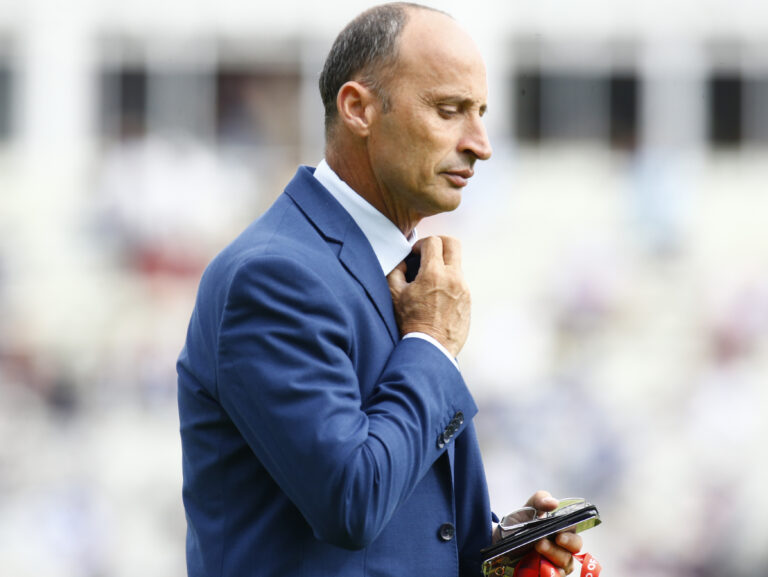 Former England captain Nasser Hussain says he would have picked Matt Parkinson and Saqib Mahmood in the men’s squad for the Ashes – and “taken a punt” on hard-hitting batter Liam Livingstone.

The England & Wales Cricket Board (ECB) announced the 17 players that will travel Down Under to take on Australia this winter on Sunday morning.

Ben Stokes is the big name absentee from the squad, although he was already considered a doubt as he is currently taking an indefinite break from cricket to focus on his mental wellbeing and to rest a broken finger.

Sam Curran also misses out due to a stress fracture in his back which will rule him out of the entire five-Test series.

All 17 players have played Test cricket for England, meaning there are no uncapped players in the squad. Stuart Broad returns after injury, with Zak Crawley, Dom Bess, Chris Woakes and Mark Wood all recalled after not being named in the squad for England’s last home Test of the summer against India last month.

Writing in his Daily Mail column, Hussain said that England have picked a “very predictable” squad.

The Sky Sports pundit added that he would have picked leg-spinner Parkinson, as well as fast bowler Mahmood and batter Livingstone.

He also said that fast bowler Mahmood’s inclusion would have added a “different element to the [bowling] attack in Australian conditions”.

Mahmood took 28 wickets in the 2021 County Championship for Lancashire from eight appearances, at an average of 23.89.

Parkinson, meanwhile, was the county’s second-highest wicket taker of the season, taking 36 at an average of 20.55.

Livingstone played a major part in T20Is this summer, smashing England’s record century in the format off just 42 balls against Pakistan.

Hussain wrote: “The two surprises for me were overlooking Saqib Mahmood and Matt Parkinson.”

“Saqib would have given a different element to the attack in Australian conditions with his skiddy reverse swing, in the absence of the pace of Jofra Archer and Olly Stone.”

“And I would have gone for Parkinson’s leg spin instead of Dom Bess. I would have liked a bit of wrist spin available to me as captain – if not Parkinson, then Mason Crane. But Chris Silverwood and Joe Root like loyalty and consistency in selection, so have stuck with their two capped spinners.”

“I’d also have taken a punt on Liam Livingstone, an in-your-face, confident cricketer in the mould of Kevin Pietersen and Ben Stokes. He’s someone who could take the attack to the opposition from his natural, middle-order position.”

Who has been named in England’s Ashes squad

The ECB announced on Sunday morning that the following 17 players have been named in England’s 2021/22 Ashes squad:

The first Test of the 2021/22 Ashes is scheduled to commence on December 8 in Brisbane.