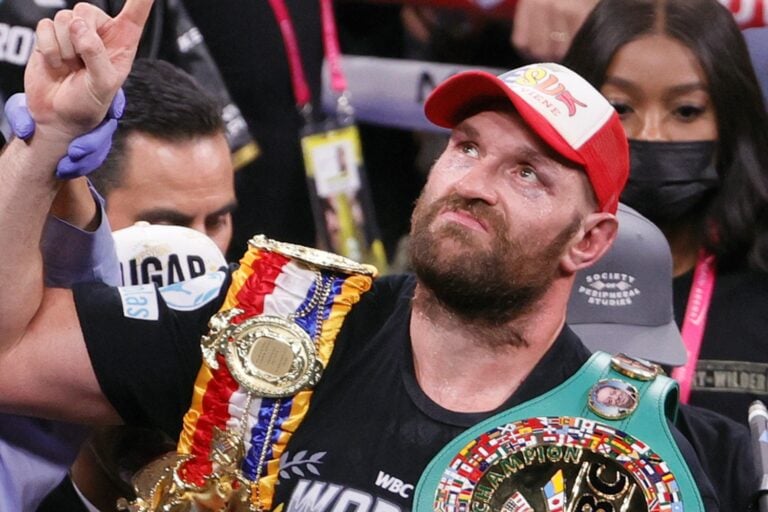 Tyson Fury took a shot at Deontay Wilder for the latter’s lack of sportsmanship after their trilogy showdown on Saturday night.

In what was easily one of the greatest heavyweight boxing showdowns in recent memory, Tyson Fury overcame Deontay Wilder in an encounter that saw both men hit the canvas on multiple occasions. The first half of the contest was fairly even but once Fury began to take over, it was a one-sided beating right up until “The Gypsy King” landed the knockout blow in the eleventh round.

A warrior during but not after?

After the final celebrations there was an expectation in the air that both men would reconcile and put their differences to one side, but alas, that wasn’t to be – and Fury wasn’t all too impressed by the way Wilder handled himself. 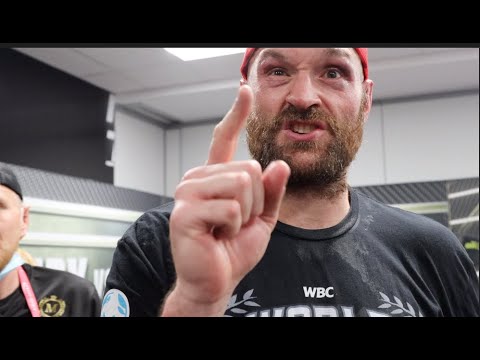 “It was only a matter of time before he went. He went down first and went down last and that’s all she wrote. I went to say well done to him and he wouldn’t have any of it. The man is a sore loser and a proper s***house. That’s the true heart of a cowardly man when he won’t shake a better man’s hand.

“Not once but three times I beat him. Today wasn’t my greatest night, two years out of the ring, wasn’t all there. But I still done enough to be victorious and show heart and balls like a lion.”

The focus now shifts to what the future holds for Tyson Fury with Dillian Whyte, Oleksandr Usyk and potentially even Anthony Joshua all being touted as future opponents for the lineal champion.