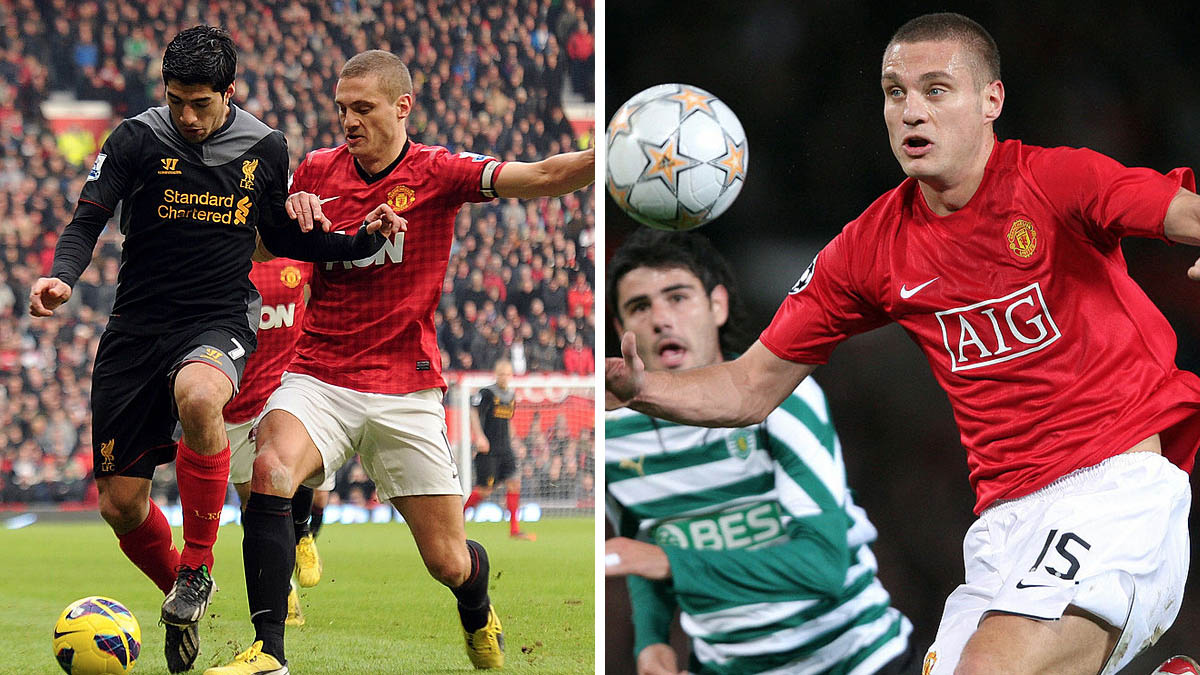 Nemanja Vidic is undoubtedly one of the greatest defenders to grace the Premier League and is almost definitely the most terrifying.

The Serb had no issues when it came to throwing his body on the line for the cause, his own wellbeing not even entering the equation.

His partnership with Rio Ferdinand could easily go down as the best defensive partnership in the history of English football.

While Vidic could cope with just about any striker on his day, Fernando Torres during his time at Liverpool famously gave the defender a tough time.

However the Spaniard doesn’t even get a mention when Vidic was asked by The Athletic who he considered the best Premier League strikers he had come up against.

Instead he cited another Liverpool man, Luis Suarez as one of the four. Didier Drogba, Peter Crouch and Sergio Aguero were the other three.

“He played for Liverpool and we played them in a cup game at Anfield. I was thinking ‘Wow, what can I do today with this guy?’

“Then I saw Bellamy next to him, not a great player on the ball but very, very fast. He would run into space, Crouch would jump into the air. I’d never seen football played like this.

“I’d never had a No 9 and a sharp, fast, player next to him. I knew how to deal with them individually but not both of them at the same time. I played alongside Wes Brown, it was a tough game, a long game. We lost 1-0.”

On Aguero, the defender said the City man was responsible for his worst ever game in a United shirt.

“I played against Aguero when they beat us 4-1 in the Moyes season,

“He doesn’t look like a guy who will run 10 metres and then – bang – he makes the sprint. I’m convinced that Aguero was born as a defender. He knows where the ball will come and where he can attack.”

“That was my worst game for United. I know I’m supposed to choose those two final defeats to and they were horrible to lose. That one in Rome and Wembley was even tougher.”

Vidic gave a similar explanation for Suarez’ explosive style:”Everything is done in bursts,

“I don’t think he knows exactly what he’s doing but he succeeds. He’s very direct and hungry to score. He runs for 90 minutes, he has a fire in him.”

Drogba, who was famously sent off for slapping Vidic in the 2008 Champions League final was praised as a “very clever player who would get into the brain of the defenders.”

It’s easy to see why the United legend picked those four names, though Torres’ exclusion certainly seems a little strange.