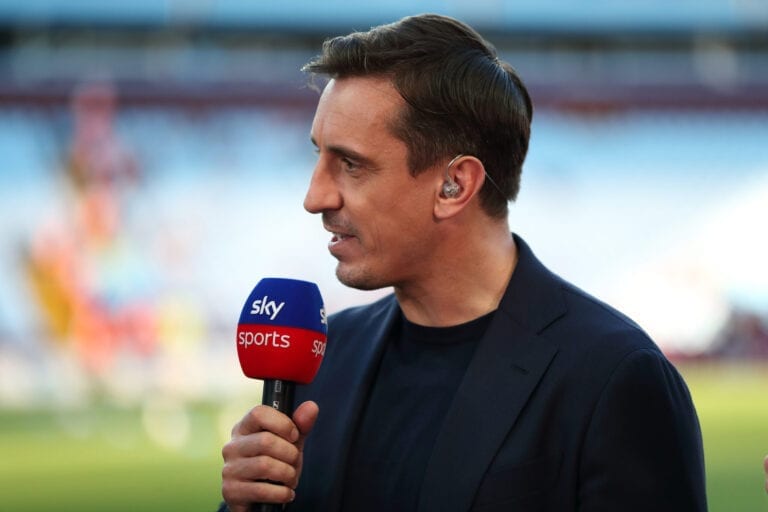 Gary Neville has listed three players who he believes could lead to Manchester United back to the Premier League title.

United finished second in the league this season but after ending up 12 points behind Manchester City, it’s clear to see there’s still a lot of work to be done before they become legitimate contenders once again.

Many fans and former players alike have had their say on the matter including former Manchester United midfielder Paul Scholes, who recently threw Jack Grealish, Jadon Sancho and Marquinhos out there as players who could make a difference at Old Trafford.

During a Twitter Q&A on Monday, Neville got involved in the discussion by suggesting three names who he thinks could fire United back to the top of English football.

Neville went on to give his thoughts about United potentially re-signing Cristiano Ronaldo, as well as providing fans with his views on a possible wildcard Gareth Southgate should bring to the Euros.

“Love him but think it’s better to leave the memories where they are” said Neville about Ronaldo, before backing a young United forward to thrive at the Euros this summer: “Greenwood!”.

Neville’s point of view isn’t going to shape the opinion of all Manchester United supporters, but those are definitely three players who could take the club up a level.

Varane and Sancho would be entering brand new territory whereas Kane, if he remains in England, could be on his way towards becoming the Premier League’s all-time top goalscorer.

United are still one of the biggest clubs in world football, and it’s not completely unreasonable to think they could make all of this happen – though the club finances in the wake of the pandemic could be a sticking point.

Ole Gunnar Solskjaer’s men will attempt to end the season in style tomorrow night when they face Villarreal in the Europa League final.