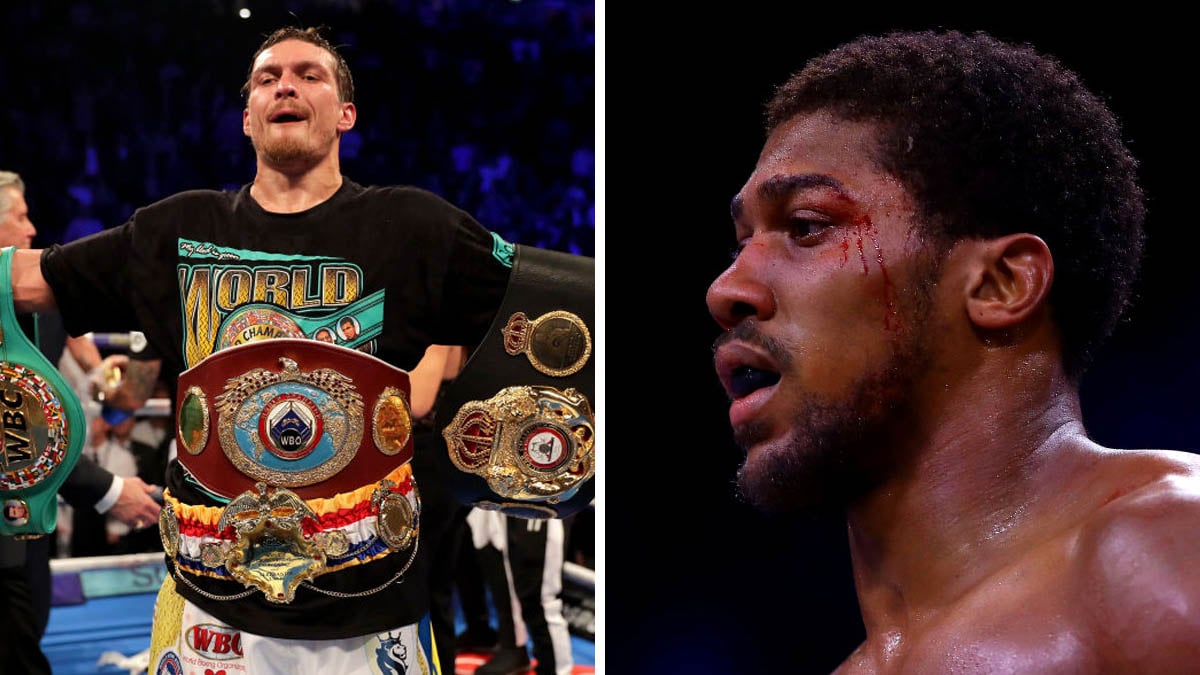 Oleksandr Usyk has sent out a battle cry as he sets his eyes on ending Anthony Joshua and Tyson Fury’s dominance of the Heavyweight division.

The Ukrainian is the WBO mandatory challenger for Anthony Joshua but first he has to overcome Derek Chisora in a fight likely set to be rescheduled from its original May 23 date.

If all goes well, the pound-for-pound juggernaut has set his sights on British duo Joshua and Fury who between them, hold all belts.

The 33-year-old is the most recent male boxer to simultaneously hold the WBA, WBC, IBF and WBO titles since Terence Crawford in 2017, and only the fifth boxer in history to achieve such a feat.

When asked who he would prefer to fight out of Joshua and Fury his reply was: “I want to fight both.”

Real fighting talk from the Ukrainian who wants to end the dominance of the Brits at Heavyweight.

After being installed as the mandatory challenger for Joshua’s WBO crown, Usyk refused to sit around and wait for his chance.

The 33-year-old suffered a bicep injury before his heavyweight debut victory over Chazz Witherspoon, while a recent elbow injury came as another setback. 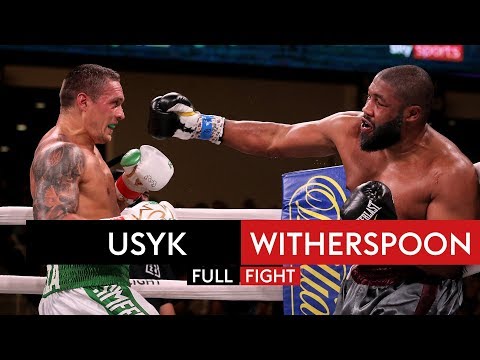 “I need to stay active. I need to box.” He said. “If your vocation is passive, it’s not good. If you stay active, it’s very good. This is my active vocation.” he told Sky Sports.

Usyk and his manager Egis Klimas are by no means overlooking Chisora, who offers a very real threat – but a title shot is certainly in their plans.

Klimas said: “Right now, we have to win, then after the mandatory fight for the WBO has to happen,”

With Joshua’s matchup with Pulev also under threat from the coronavirus pandemic, nothing is set in stone. Fury’s trilogy fight with Wilder is scheduled for later in the year but there’s no way to really know how things will pan out in the coming months.

Eddie Hearn recently spoke about the potential of the much-anticipated meeting of AJ and Fury taking priority over the fights both fighters already have lined up – whether Wilder and Pulev would be sold on that idea, remains to be seen.