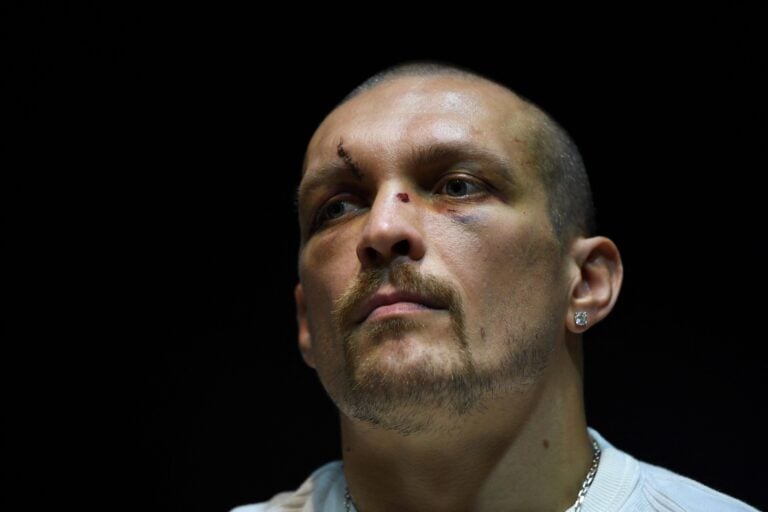 New heavyweight champion Oleksandr Usyk has said that he wants to fight the winner of Tyson Fury versus Deontay Wilder.

It was the 19th win of the Ukrainian’s professional career to date, extending his overall record to 19-0.

And after the victory over Joshua, Usyk now wants to focus his attention on whoever wins the bout between WBC and The Ring champion Fury and Wilder, which takes place on Saturday night in Las Vegas.

However, he explained that he isn’t interested in who emerges victorious on the night – only about what happens next.

He told DAZN: “I don’t think too much about who wins. It will be a good fight.

“Don’t write Deontay Wilder off since he always has the knockout punch.

“I will watch it for sure and I am curious who wins. I will fight with whoever holds the last belt. I don’t care if it is Wilder or Fury.”

He then added, when asked to make a prediction: “No, I am not good at making predictions. The only prediction I give you is that I’ll have a fantastic dinner.”

Usyk will, however, firstly have to honour a rematch against Joshua for his newly obtained heavyweight title belts.

Joshua’s promoter, Eddie Hearn, has said that the likely date for the rematch would be in February or March of next year, with the bout “very likely” to once again take place in the UK.

He suggested the Tottenham Hotspur Stadium and Wembley as possible venues, as well as Arsenal‘s Emirates Stadium.

Usyk’s promoter, Alexander Krassyuk, meanwhile, says he would like the rematch to take place at the Olimpiyskiy Stadium in the Ukrainian capital of Kiev.