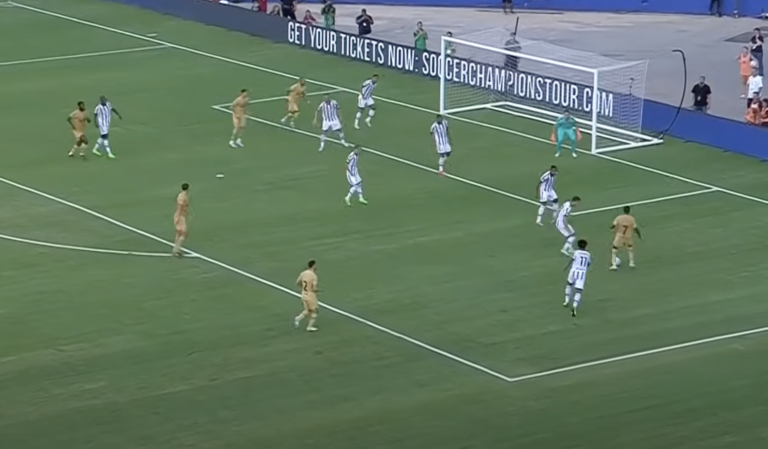 On July 27, Ousmane Dembele left Barcelona fans in raptures with two sensational goals against Juventus, proving he still has what it takes to make it at the Nou Camp.

After signing for the Spanish giants in 2017 for a whopping €105 million, the club expected a return on their investment. Renowned for his explosive speed, technical skills, ability to use both feet and eye for goal, it seemed he was destined for big things. But a chain of injuries significantly hindered his progress.

So with the Frenchman failing to make an impact on the pitch, Barca attempted to reduce his salary. But when Dembele resisted, Sport branded him a ‘liar’.

His reputation within the team significantly diminished, and it looked like his time in La Liga could come to an unceremonious end. However, thanks to Dembele’s relationship with Xavi, the club and player eventually reconciled. On July 14, they agreed to a deal, keeping him at Barcelona until 2024.

As per ESPN, club chairman Joan Laporta said: “Ousmane has a special talent, he is a different player. Xavi wants him, and so does the club. It’s an emotional day. I have an admiration for Ousmane as a player and as a person. He’s always wanted to stay, and he has made an effort to adapt to the new wage structure at Barca.”

Despite a poor start to this chapter of his career, he made a significant impact during the 2021-22 campaign, bagging a league-high 13 assists. And following a good spell in pre-season, fans are hopeful for what comes next.

After avoiding injury over the past few months, the 25-year-old looks revitalised. He started Barcelona’s tour of the States in fine form, scoring the final goal in the club’s 6-0 shellacking of Inter Miami.

But he impressed even more against Juve. In the 34th minute, he cut in from the inside, bamboozled his marker with tricky footwork and smashed the ball past a helpless Wojciech Szczęsny.

His remarkable finish has earned its place among the best solo goals of this pre-season. However, somehow, just six minutes later, he matched it. Dembele controlled the ball on the right-hand side, put it through Juan Cuadrado’s legs and spun off Manuel Locatelli. He then buried the ball into the bottom left corner.

Xavi decided to sub him off at half-time, but there’s no denying that he made a huge impact on the game, which eventually finished 2-2. Although he’s failed to live up to his reputation, fans are hoping that 2022-23 marks the year that Dembele finally solidifies himself as one of the best players on the planet.