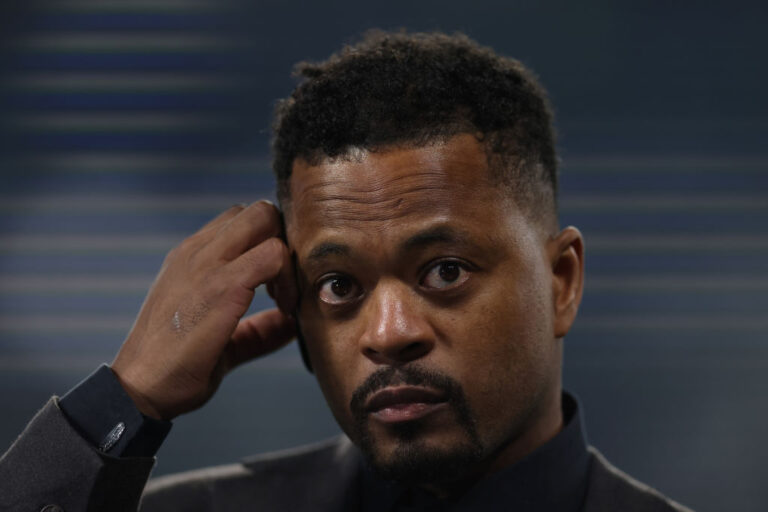 Patrice Evra has given his verdict on three Man United stars, claiming that their time at Old Trafford has reached its conclusion.

Following a 4-0 defeat at the hands of Brentford, Red Devils fans feared their beloved team would sustain a damaging loss to their biggest rivals, Liverpool.

However, in a superb showing, under the guidance of Erik ten Hag, the team produced a magical performance. The Dutchman’s team looked completely revitalised, and won the game 2-1.

But in order for the United to play so well, Ten Hag had to mix things up. He dropped several key players, and his decision clearly paid off. This has triggered an Old Trafford icon to come forward and suggest that three members of the squad should now consider departing the club.

Firstly, the Frenchman expressed doubt over the future of club captain, Harry Maguire. However, he did suggest that his transfer fee has contributed to most of the negativity surrounding his performances.

Speaking in his role as Betfair commissioner (quotes via the Daily Mirror), he said: “Let’s be clear. I can say people are too harsh on Harry Maguire, but he is paying the price for his transfer fee.

“From that day, I said he is going to have the most difficult season for United, because people only looked at the price. If we bought him for £5 million, people would say he’s an amazing centre-back. We all have bad games. But now we’ve got to a point where, even if he has a good game, people are not happy. So there’s a negativity around him.”

The Cristiano Ronaldo transfer saga has left United fans with little left to give. And Evra believes that his absence would be beneficial for the player and the club.

The Theatre of Dreams legend continued: “The Cristiano Ronaldo saga is another issue. Is he staying? Is he leaving? It’s created a lot of confusion with fans. He’s still here, the transfer window isn’t closed, but I think, personally knowing Cristiano, if he doesn’t play, he would like to leave. I think this would be the best for him and for United.”

The 41-year-old then switched his attention to a fellow United full-back.

He concluded: “We’ve been playing Luke Shaw for so many years, and I’m really careful when I talk about left-backs because I’ve been in this position and it’s not an easy position.

“Luke Shaw has been here for so many years and he hasn’t matched the standard set by Denis Irwin or myself, and I think left-back is a really crucial position for United. Maybe it’s time for those players to go.”