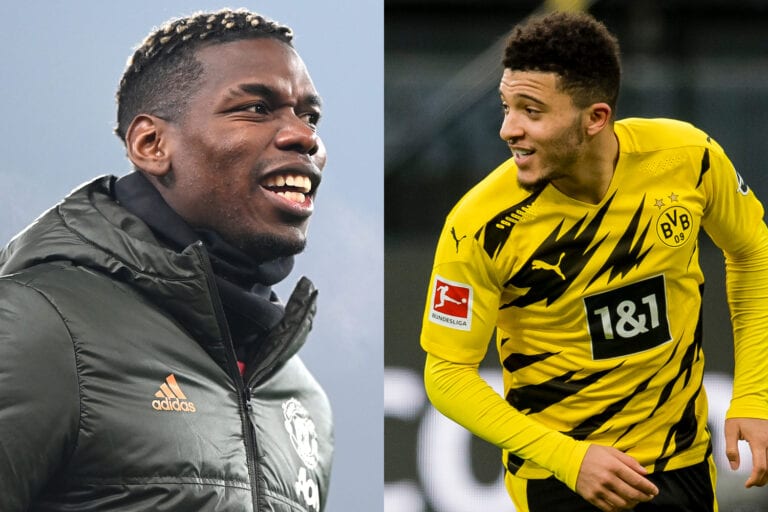 It was the caption that has United fans talking though, with Pogba writing: “Finally on the same team @Sanchooo10”, alongside a wink emoji.

Sancho was heavily linked with the Red Devils last summer. It was reported that United had a bid in excess of £90m for the winger rejected by his current club Borussia Dortmund.

The Instagram video posted by Pogba was an advert for Pepsi, who have endorsement deals with both Sancho and the Frenchman.

Pogba has previously featured in advertisements for the drinks company with the likes of Lionel Messi and Raheem Sterling.

But it is the midfielder’s comment regarding Sancho that seems to have caught the eye of United fans.

Many of them were desperate to see the former Manchester City starlet join Ole Gunnar Solskjaer’s side last year – a fact that Pogba appears to be well aware of.

Its written in the stars.

A report in The Athletic claimed that Dortmund may be willing to reduce their original asking price of over £100 million for Sancho this summer. His current contract with the German club expires in the summer of 2023.

The report also states, however, that United are believed to be keen on improving the centre-back and striker positions, and may prioritise either of those areas.

Earlier on Tuesday, the club were linked with Real Madrid centre-back Raphael Varane.

The Frenchman has 18 months left on his contract with Real and is yet to agree fresh terms.

Varane, 27, has been with the Spanish club since 2011. He has won a total of 18 trophies since joining Los Blancos.