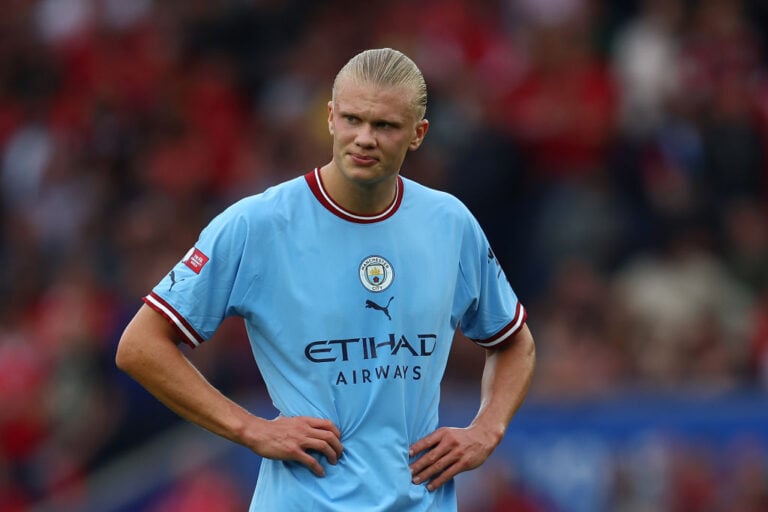 When Premier League fans were asked to vote on their best signings of the season, Man City’s landmark acquisition of Erling Haaland failed to make the cut.

The summer transfer window remains open until 23:00 BST on 1st September. Many clubs will be frantically looking for acquisitions to their squads between now and then, despite the Premier League season already starting last night.

Arsenal kicked the season off with an impressive 2-0 victory over Crystal Palace at Selhurst Park, and the Gunners have emerged as one of the teams who have carried out some shrewd business over the summer.

Other clubs, such as Man City, Liverpool and Tottenham, got the majority of their dealings over the line early in the window. Players such as Haaland and Darwin Nunez were brought to the Premier League, while established Premier League talents such as Richarlison made switches between English clubs (Everton to Spurs).

Negotiations for players are still ongoing as the transfer window enters its final month. However, clubs are sterner in their stance.

But there’s plenty of time to see more moves made before the window slams shut.

Sky Sports asked Premier League supporters to vote for their best signings of the season XI. Many of the selections were expected, but some omissions were a little more surprising.

The Sky Sports Signing of the Season XI

There are big signings which don’t make the list, such as the moves of Gabriel Jesus and Oleksandr Zinchenko to Arsenal from Man City. Aston Villa have also been busy, bringing in Diego Carlos and Boubacar Kamara in addition to permanently signing Coutinho.

Elsewhere in the league, Kalvin Phillips’ move to Leeds was one that caught the eye. Man United also brought in highly-rated Eredivisie pair Tyrell Malacia and Lisandro Martinez, while West Ham finally got their striker in the form of Gianluca Scamacca.

Newcastle could also have had another member of their squad in the XI, having snapped up Nick Pope for just £10 million from relegated Burnley early in the window.

There is, of course, one obvious summer signing who doesn’t make the list: Erling Haaland. The Norwegian star arrived at Man City for £51.5 million and is expected to be the man to fire them to Champions League glory.

For years, Haaland has been a sought-after talent. His goalscoring for Borussia Dortmund was remarkable, and most football fans expect him to tear it up in the Premier League.

Given that this was a fan vote, the reliability of who is voting is always going to be a grey area. It is very possible that City’s supporters and their votes were drowned out by their rivals, resulting in Haaland’s omission from the XI.

As we enter a new season, the striker will want to prove any doubters wrong.