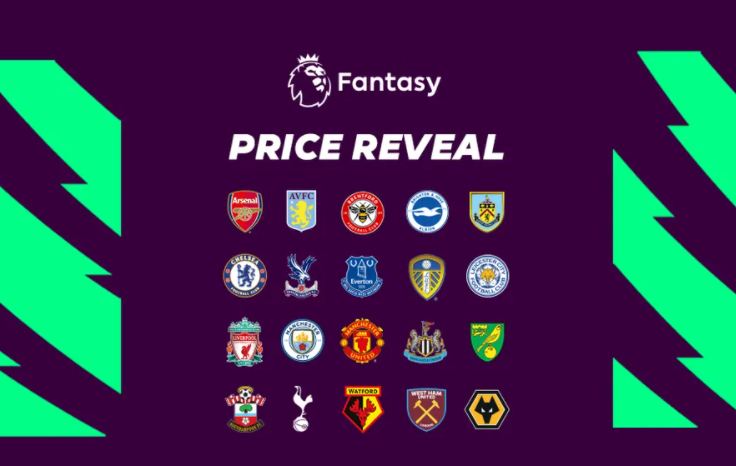 The first player prices have been announced for the 2021/22 Fantasy Premier League season.

Premier League clubs have revealed the FPL prices for each of their players via their club websites, with the full list of those announced so far available via the FPL website.

Whilst the game hasn’t yet been launched, there’s already been plenty of discussion amongst fans about some of the more surprising prices, and those players that could really make a big impact on FPL this season.

Liverpool‘s Mohamed Salah and Tottenham‘s Harry Kane are the most valuable players going into matchday one, with both available at a starting price of £12.5m.

Trent Alexander-Arnold is the most expensive defender, with the Reds right-back valued at £7.5m.

Between the sticks, Reds stopper Alisson and Manchester City goalkeeper Ederson are both valued at £6m – the highest of any goalkeeper in the game.

The Argentinian kept 15 clean sheets in his first season with Villa, and collected a total of 27 bonus points.

Stuart Dallas, meanwhile, was the highest scoring defender (171pts) last season. The Leeds United utility man is worth £5.5m this time around.

Leeds midfielder Raphinha (£6.5m) is another player that is likely to be popular with FPL fans. The Brazilian scored six goals and provided nine assists during his first season at Elland Road.

Meanwhile, Brighton goalkeeper Robert Sanchez (£4.5m) may be another commonly seen player in FPL, having kept 10 clean sheets in 27 appearances for the Seagulls last term.

Everton defender Lucas Digne – always popular on FPL for his assist points – is worth £5.5m.

Newly-promoted sides Brentford and Norwich have also revealed their prices for the 2021/22 season.

Ivan Toney (£6.5m) is the Bees’ most expensive player. Toney struck 31 goals and added a further 10 assists in the Championship last season.

The 2021/22 Premier League season will begin on Friday, August 13. Brentford take on Arsenal at the Brentford Community Stadium in the season’s curtain raiser.