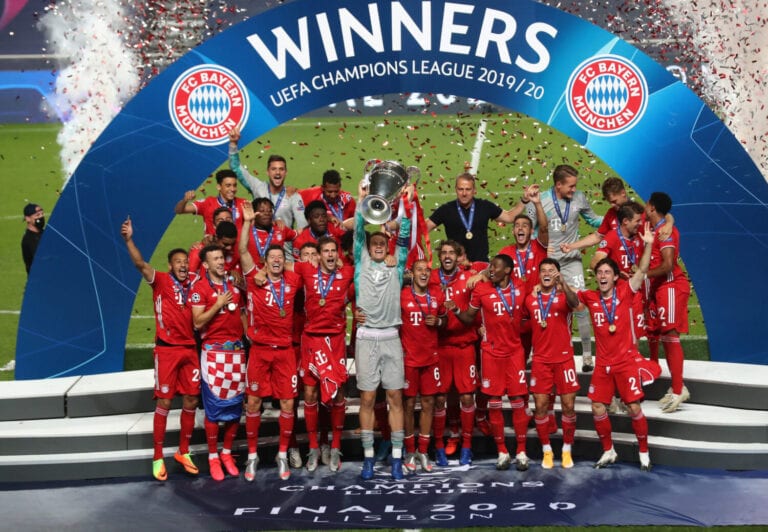 New reforms are being considered for the Champions League which, if implemented, could prevent players from being transferred between Europe’s top clubs.

The European Clubs’ Association (ECA) are in talks to expand the number of teams in the competition from 32 to 36.

Under proposals, instead of the current system of eight groups, the knockout stages would be decided by an overall table. Each team would play ten matches each.

He explained: “The moment is fertile to think of greater solutions.

“We should be looking at a wide range of reforms.

“We could think of a double path transfer system, where clubs qualifying for specific tiers of international competition wouldn’t be allowed to buy each other’s players.

“That would improve the indirect solidarity to other clubs and mean no triple-figure transfers amongst Champions League participating clubs.

“These are elements we are discussing.”

Agnelli added that he believed that a final decision on the proposal would be “maybe a couple of weeks away”.

The planned Champions League reforms would potentially put an end to the possibility of a European Super League for now.

England could be awarded a fifth place for the 36-team tournament.

The number of games played would increase from 125 to 225, and four extra game dates would be created.

The plans would potentially see two of the extra four places rewarded to teams based on their historical co-efficient, rather than their current season’s performance – if they had qualified for Europe’s lesser competitions in that season.

Crystal Palace chairman Steve Parish said the plans would have a “devastating effect” on domestic football in England.

And Aston Villa chief executive Christian Purslow stated that “I wholly disapprove” of the co-efficient proposals.