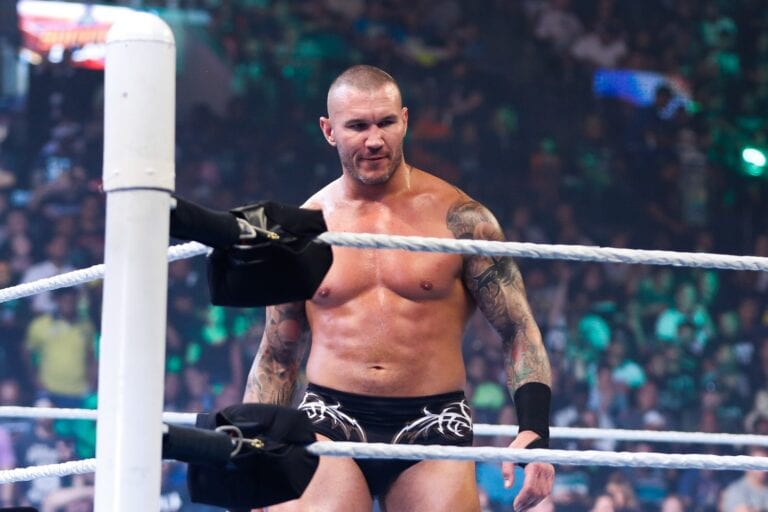 We have a new contender for the strangest feud of the year – Randy Orton vs Soulja Boy.

The two men, for all we know, may never have previously interacted with one another. Orton has been a WWE mainstay for years whereas Soulja Boy is more recognised for his musical prowess.

Yet somehow, someway, the two have been thrust together in a bitter rivalry. It all stems from Soulja making an off-handed comment about pro wrestling and WWE being ‘fake’.

Orton took huge exception to the comment, understandable for someone who has devoted so many years of his life to wrestling.

His response triggered a pretty feisty back and forth between the two men that even led to Orton reeling off a few of his favourite rappers. Solid choices to be fair.

Fake? Dare this prick to step up. He dont like movies? Consider us actors that do stunts, without pads 200 days a year and don’t bitch when we get surgically repaired and come right back. Consider us 100 times tougher then anyone you’ve come across. Aint nuthin but a bitch ass… https://t.co/D3CQb9IxEO

Ps @sanbenito would beat the fuck outta you. Why? How? Because he’s seen our world. Respects it and knows what it takes and finds himself lucky to be a part of it. You wanna talk fake? Pawn that cheap ass chain and come work for it you one hit wonder ass mutha fucka https://t.co/zJPMmuqskr

‘Crank that’ came out in ‘07 you had a hell of a year. Serious $. Hats off to ya my dude. Here’s the thing tho… I like rap. I bump that shit all day whether it’s tunechi, meek, JZ…but you call what I do to survive, fake? Fuck that. Come to my world and say that. Dare ya https://t.co/P3qx5bu6ks

U spittin facts? Seems like all you spittin is the same mess you rap about. Nut. Clear your throat my dawg, and be there. Enough talk. Back it up. https://t.co/rN8JY5AX3q

Some have suggested this could all be part of some bigger story in WWE. After all, now that Bad Bunny has made the trip over to the squared circle, it doesn’t seem all too ridiculous.

Alas, ‘The Viper’ appears to be gearing up for a very different opponent at WrestleMania 37 in Bray Wyatt. The pair have been going back and forth for months now and a meeting on the grandest stage of them all feels inevitable.

Bad Bunny is also being tipped for a Mania match of some description too, which is an odd sentence to say. Could we see the ‘Crank That’ star following a similar path in the future? Who knows these days.