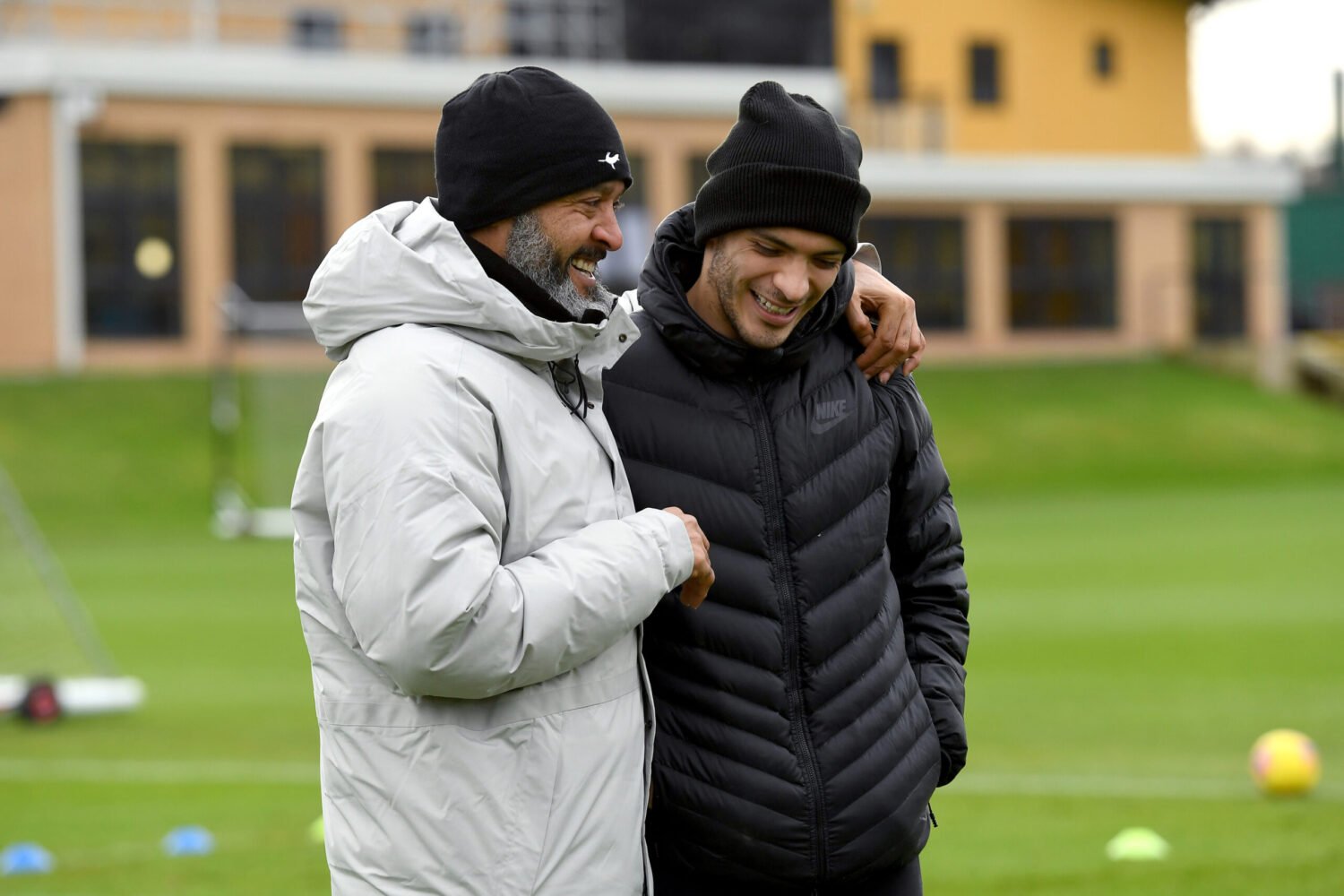 At the end of November, the footballing world watched on nervously following a sickening clash of heads between Wolves striker Raul Jimenez and Arsenal defender David Luiz.

Jimenez was rushed to hospital where it was confirmed he had suffered a fractured skull and had undergone surgery.

Thankfully, the early signs, while tinged with understandable caution, have been promising.

Given the seriousness of the injury, Jimenez’ long-term future remains unclear, though Wolves have confirmed that the Mexican has taken another positive step forward.

“Raul is five weeks since his surgery following a fractured skull and is doing some early fitness work, but still has a way to go, however things are going well.” A statement confirmed.

“Daniel Podence had a calf injury following a tackle in the second-half of the Manchester United game. It is a muscle injury and will take a few weeks to resolve.

“Leander Dendoncker had a bone bruise on his knee from a tackle while playing for Belgium, which became progressively more painful. He was taken out for some treatment on 16th December, after the game against Chelsea, and is now back in training.

“Willy Boly suffered a hamstring injury at the end of the same game and is looking to return to outdoor training this week too.

“Marcal picked up a groin injury in the Tottenham Hotspur game which still needs some attention and he is not expected to be ready to train just yet.

“Jonny is making great progress working outside. He is nearly five months since surgery and we hope to be able to introduce him into team training soon.”