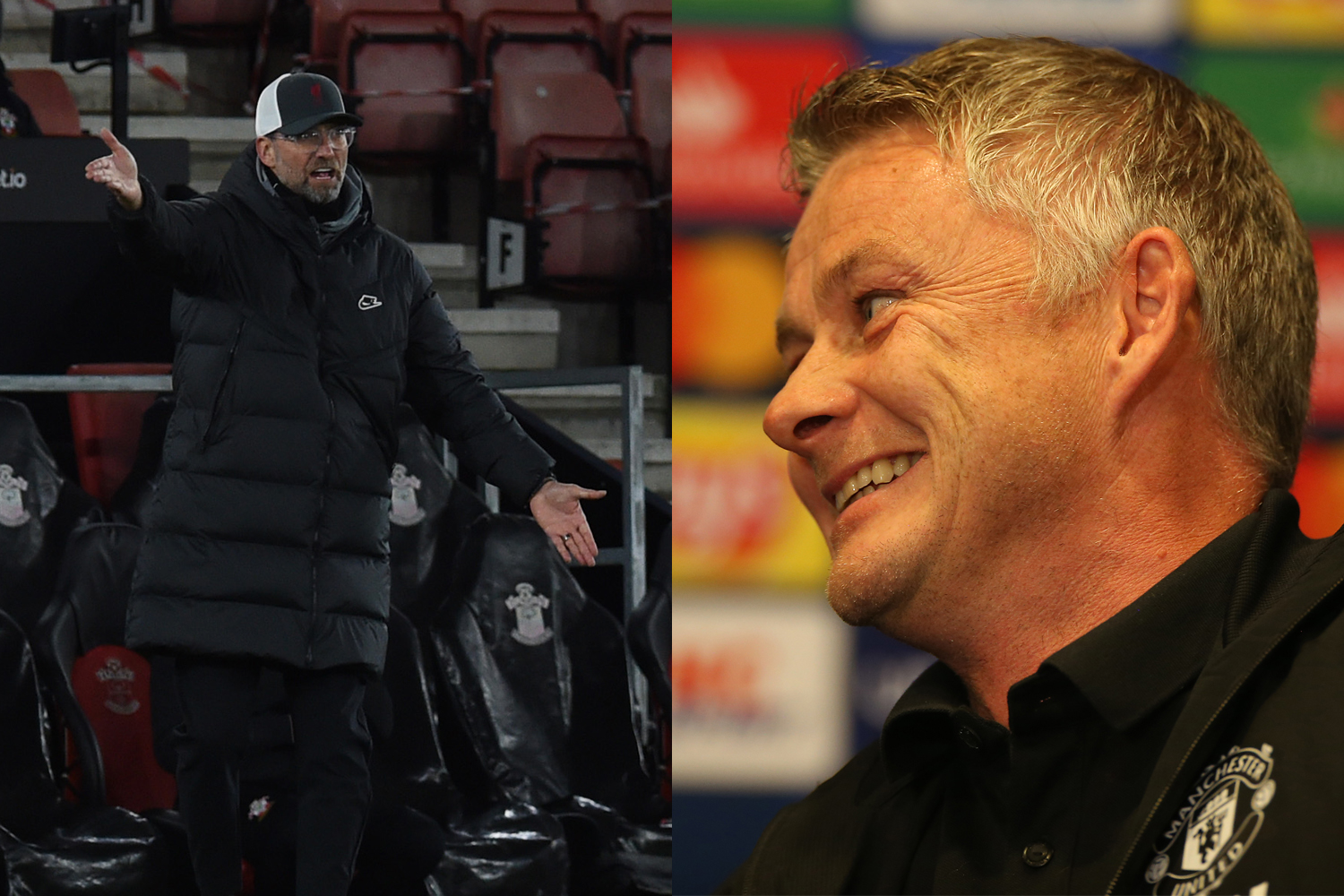 After stumbling to a 1-0 loss against a resilient Southampton side, it was actually Manchester United’s recent penalty record that was a particular sore point in Jurgen Klopp’s post-match comments.

Klopp was left disappointed with a couple of decisions in the game, one in particular where Sadio Mane was denied a potential penalty.

He then went on to address the number of penalties United had been awarded in recent years, compared to his side. “I hear now that Manchester United had more penalties in two years than I had in five-and-a-half years. I’ve no idea if that’s my fault, or how that can happen.”

?‍♂️ "@ManUnited have had more penalties in 2 years than in my 5 and half years here!"

Ole Gunnar Solskjaer laughed off the comments, even referencing Rafa Benitez’s infamous ‘fact’ rant in which he took aim at Sir Alex Ferguson and how Old Trafford had been getting preferential treatment.

Solskjaer was asked about Klopp’s comments in his pre-match press conference as his side gear up for another Manchester derby in the Carabao Cup semi final.

“That’s a fact, probably. That is probably going to be my answer. That’s a fact that we have got more than him.” he joked.

Ole Gunnar Solskjaer has laughed off Jurgen Klopp's comparison of penalty records between Manchester United and Liverpool, but suggested the point could have been made to influence referees.

The Liverpool manager’s comments stem from the fact that since 2018, United have been awarded 42 penalties, compared to just 19 in the same period for his side.

That being said, this season United have six compared to Liverpool’s five, so perhaps a slightly odd time to raise the issue.

Liverpool’s dip in form means United have the opportunity to top the table should they avoid defeat in their next Premier League game against Burnley.

After that? Both sides will meet on the 17th, in what is undoubtedly one of the biggest games of the season so far.