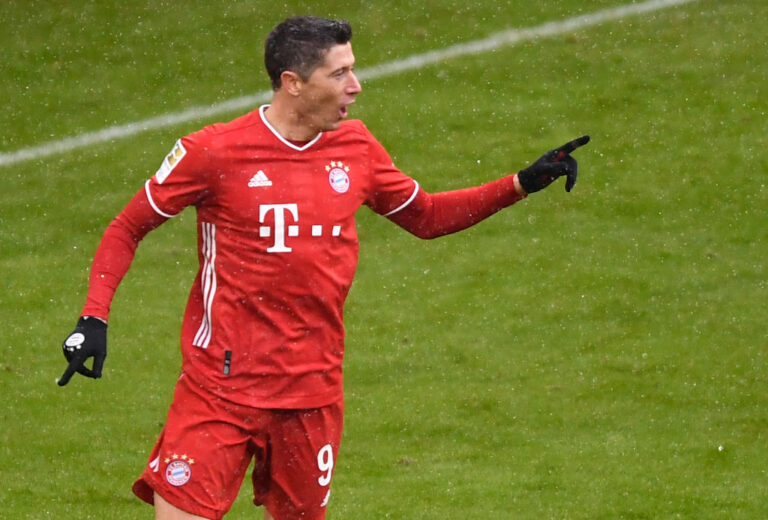 Robert Lewandowski is one of football’s most lethal strikers the Poland international has scored over 40 goals in each of the last six seasons.

Having already notched 25 for Bayern in all competitions so far this season, Lewandowski is on course for another vintage year.

Making the move from Borussia Dortmund to Bayern Munich instantly brings pressure to perform. Robert Lewandowski thrives on that pressure.

After scoring 103 times in 187 appearances for Dortmund, Lewandowski was ready for the next step in his career. He moved to Bayern. However, it could have ended up being a different story for the striker if he moved to Real Madrid instead.

Prolific strikers are like diamonds in football. The jewel in a team that can change a game in the blink of an eye.

“Lewandowski’s dream was to join Real Madrid and play with Cristiano. But when he left Dortmund, Madrid only offered him to sit on the bench while Benzema starts. So he joined Bayern where he could be the starting striker.”

It is strange to imagine a player of Lewandowski’s potential and class rotting on the Real bench. He could be the focal point of any side.

Of course, Lewandowski could have replaced Karim Benzema in the Real Madrid side and proved the doubters wrong. We will never know.

The striker will undoubtedly be pleased he ended up at Bayern Munich given his success with the German club.

Rumours on social media of Lewandowski having a restraining order against his former agent are false. However, Kucharski was detained by police after threatening the Poland striker amid a legal pursuit over money.

The breakdown in the relationship came after an astonishing £18.1 million blackmail plot by Kucharski.

According to reports, the £18.1 million in question amounted to the share price of part of a joint company formed in 2014. The purpose of that company was to manage Lewandowski’s future contracts.

However, the company closed down following the dispute.

The Poland international has become one of the best strikers in world football since moving to the Allianz Arena.