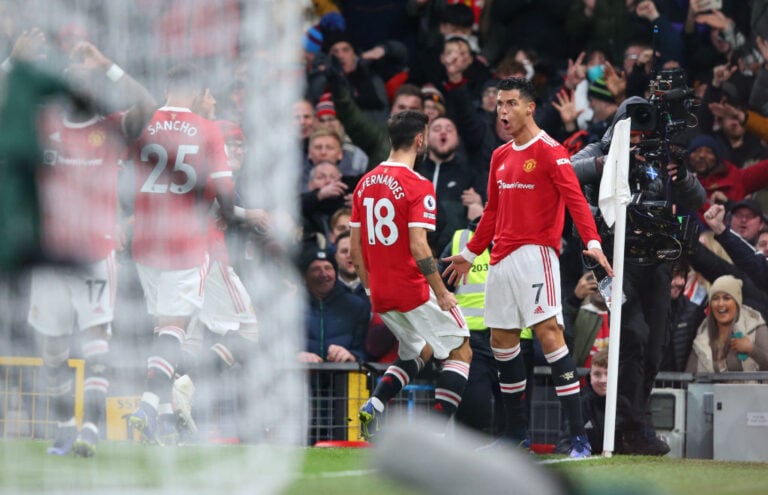 There aren’t enough superlatives that describe Cristiano Ronaldo. He is up there with the best in history. Love him or hate him, there’s no denying his genius.

When people ask that million-dollar question, “Who is the best player in the world?” Ronaldo is more often than not included in the conversation. With good reason too.

Ronaldo has and always will have his many critics. He will always find a way of silencing them too. At 36-years-old, he could have moved to a weaker league to finish his career. Instead, Ronaldo returned to the Premier League with Manchester United after leaving Juventus. He saw the challenge and was hungry for more.

People can believe Lionel Messi is the better player out of the two or Ronaldo is past his best. However, the Portuguese will never lay down and give up.

He is always there shattering records.

The timing of Cristiano Ronaldo goals

Cristiano Ronaldo has only scored for Manchester United when his side have either been losing or drawing this season. He is the one player that will grab the game by the scruff of the neck and bail his teammates out.

Ronaldo has had his fair share of critics this season. Man United’s recent form hasn’t helped. However, some have suggested United made the wrong decision to bring Ronaldo back to Old Trafford.

Such is the brilliance of Ronaldo, there is a lot expected of him, perhaps too much at times. There will not be another quite like him. No player splits opinions quite like the Portuguese icon. For as long as he continues to play the debates will rumble on.