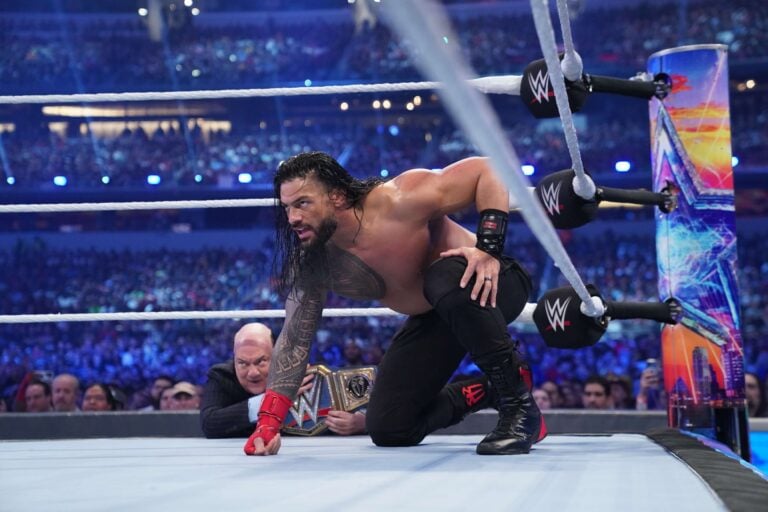 WWE star Roman Reigns has reportedly signed a new contract with the company that appears to outline his future wrestling plans.

Reigns is the current Undisputed Champion of WWE. He has held the Universal Championship portion of the title for 621 days. Only four Superstars in the company’s history have held a world title for longer. They are Pedro Morales, Hulk Hogan, Bob Backlund and Bruno Sammartino (twice).

At WrestleMania Backlash, Reigns further underlined his dominance at the top of the table. Teaming up with his real-life cousins, The Usos, against the team of RK-Bro and Drew McIntyre, Reigns secured the pinfall for his team with a devastating spear on Riddle.

Although Reigns’ star has never shone brighter in WWE, there have been growing suggestions that his time with the company may soon be up.

Reigns cut a promo in New Jersey last week. He alluded to the fact that he was starting a “new phase in my career”.

He explained: “I’ve been here a couple of times in the past 10 years. I’m starting to work into a new phase in my career, and I honestly don’t know if I’ll be back here again. If that’s the case, I just wanna say thank you for all these years of support.”

After winning alongside The Usos at Backlash, the 36-year-old teased that it may be the last time he fights with his cousins.

However, he then confirmed that he was “not going anywhere”. Now, a new report suggests exactly what the future holds for Reigns.

Roman Reigns WWE contract: What has ‘The Tribal Chief’ signed?

Despite fans’ concerns, the previous comments made by Roman Reigns appear not to relate to the prospect of him leaving the company.

Instead, as per Wrestling Observer Newsletter’s Dave Meltzer, the 39-year-old has signed a new contract with WWE.

However, it is similar to Brock Lesnar‘s contract with the company. Reigns will wrestle fewer live events and transition into more of a part-time schedule. He will also compete on fewer dates in overseas events.

Meltzer explained on the Wrestling Observer Radio (quotes via Wrestling News): “This is not it for him, but the situation is that he got a new deal, and the new deal is for far less dates.

“I don’t know how many house shows he’s gonna be doing, but it will be much less than the number he’s doing now.

“It’s one of the perks of being there for a while and being valuable there, is you can kind of call certain shots. He’s got the power to maintain the championship and work fewer dates, [like] Brock Lesnar has, and Hulk Hogan used to have.”

The new deal could perhaps hint at Reigns’ future plans in Hollywood. WWE have already stated that he has “big plans” to get into the movie industry. This contract may represent the winding down of his professional wrestling days, in a similar way to The Rock.

For now, Reigns will continue his Universal Championship reign as WWE approaches its next premium live event. ‘The Tribal Chief’ could potentially take on Drew McIntyre as his next opponent after the Scot faced off against him at Backlash in the main event.