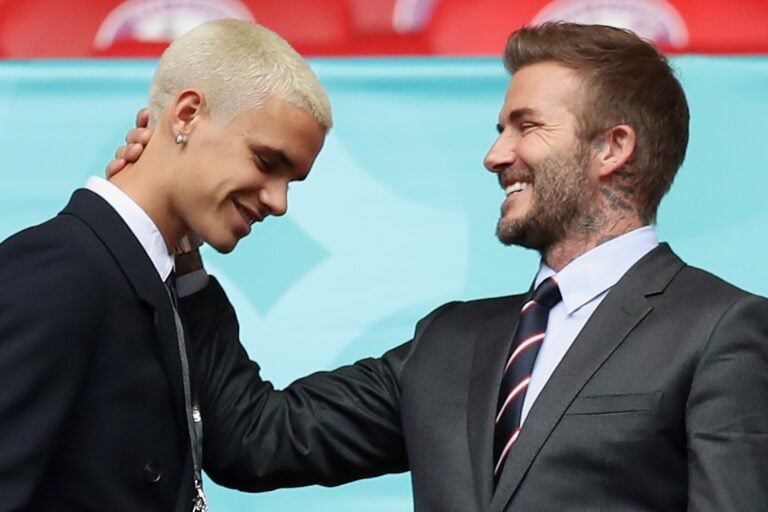 The 19-year-old impressed coaches enough to warrant featuring on Sunday for Fort Lauderdale, the feeder club for Inter Miami, as they went up against Tormenta FC in the USL. The game ended in a 2-2 draw with Fort Lauderdale twice letting the lead slip as Beckham was substituted off following an encouraging cameo.

Just how good is Romeo Beckham?

Romeo wasn’t the only familiar face on the pitch, either, with Phil Neville’s son Harvey Neville also being present in the middle of the park. Harvey remained on the pitch for the entire 90 minutes but did manage to pick up a yellow card along the way.

Not happy that he isn’t number 7 though! ? pic.twitter.com/nsyslwkVgW

There seems to be a bit of a dividing line amongst football fans when it comes to whether or not this is a good thing. On the one hand they’re carrying on the family legacy and they’re in a great place to learn and develop further, but on the other hand, Beckham and Neville could be accused of showing favouritism.

The fact that David owns the club is obviously going to help that narrative but Romeo is still young and he’s still growing as a player.

It’ll take a few weeks and potentially even months to see where this goes but for the time being, it makes sense to reserve judgement until there’s further evidence of his abilities.