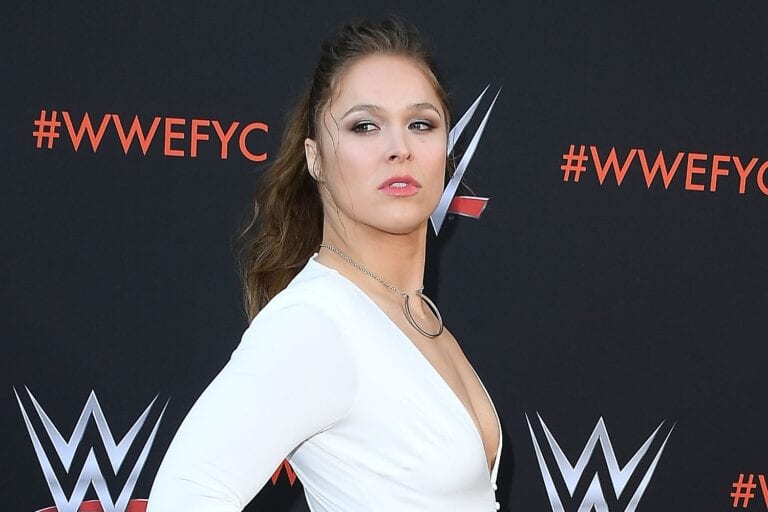 Ronda Rousey has listed a range of superstars she wants to compete against if and when she returns to WWE.

Rousey, 34, hasn’t been seen inside the squared circle since WrestleMania 35. On that night, she lost the RAW women’s title to Becky Lynch in a triple threat match that also featured Charlotte Flair.

The return of “Rowdy” Ronda Rousey?

Rousey had previously made an appearance at WrestleMania 31 but it was at the 2018 Royal Rumble where she made it clear she was set for an extended run with the company.

Now, two years later, fans are still wondering when they might see her return.

During a recent appearance on Table Talk, Rousey spoke about potential opponents for the future. 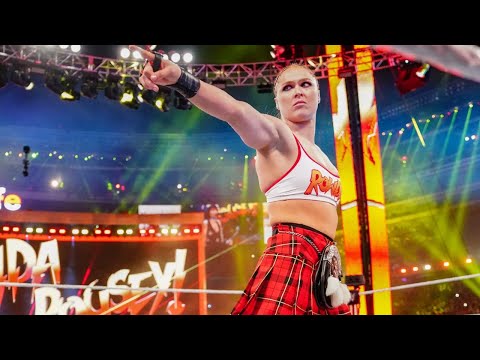 “Given the fact that we never worked together before and that we had a day and a half to put the whole thing together, I really think me and Charlotte had a lot of great chemistry.

“One person that I’m capable of doing the most with is Nia [Jax] because she’s really really strong. I don’t have to worry about hurting her. I feel like I’ve had some great matches with her. My first singles was with her. We’ve also gone through that storyline already. We’ve done all that we could.”

“I really like having someone really strong that I can work with that I can use as a base but can also base off me. I would really love to work with Rhea Ripley.

“Whenever I work with somebody, I think, what is it that I could do only with them and they can do only with me? I think of one thing that we can do that is entirely unique in our match that only we can do, which there’s a lot of things I can think of for me and Rhea.”

As if that wasn’t enough, Rousey also threw Bianca Belair’s name into the hat.

“Bianca [Belair] too, honestly. They’re both really really strong chicks that I feel like I can lift as well. I think I have the most options with them, and I’m just so glad that there’s some new faces and blood coming into the division as well.”