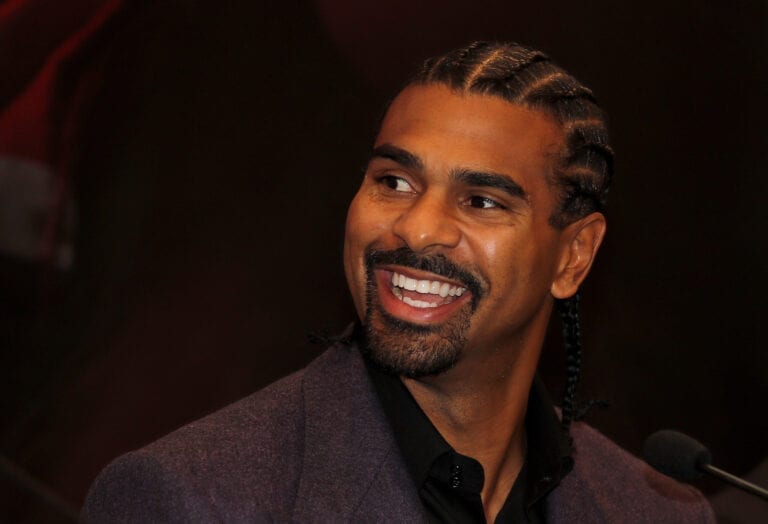 According to Sky Sports, Joshua and Fury have “approved” a site offer to host their blockbuster unification fight – although details as to the location are yet to be revealed.

Fury has been in Las Vegas this week taking part in a training camp, as he steps up preparations for the fight.

It promises to be one of the most highly-anticipated bouts in British boxing history, with both men currently dominating the heavyweight division.

Some of the top names from the sport have given their thoughts on the winner of the fight, ranging from the likes of Tony Bellew to Floyd Mayweather Jr. and Mike Tyson.

There’s been plenty of shoutouts for both men, with a number of others undecided on who will emerge victorious.

Haye has become the latest boxing figure to declare his winner – and he has chosen Joshua.

The 40-year-old praised both fighters, but predicted that Joshua’s superior physical attributes will give him the edge over his opponent.

He also believes that the 32-year-old’s shock defeat to Andy Ruiz Jr. in 2019 was an important learning curve.

He told Sky Sports: “Joshua will win the fight.

“His loss against Andy Ruiz Jr. taught him a valuable lesson about complacency and believing your own hype.

“I think Fury is flying so high after his victory in Las Vegas [against Deontay Wilder] and believes he is unbeatable. For good reason – if I were him, I’d think so too.

“Joshua has tasted defeat and will have a different mindset. He is so athletically gifted, an Olympic gold medallist who has had so many world title fights, he is newer to the game and is still learning.”

“If they did any sport outside of boxing, Joshua would win. A boxing match is skill-based and people believe Fury’s skills supersede Joshua’s.

“The boxer with speed, endurance, will to win, strategy, who has trained correctly?

“There’s a million elements that go into winning a boxing match but people ignore everything except skills.”