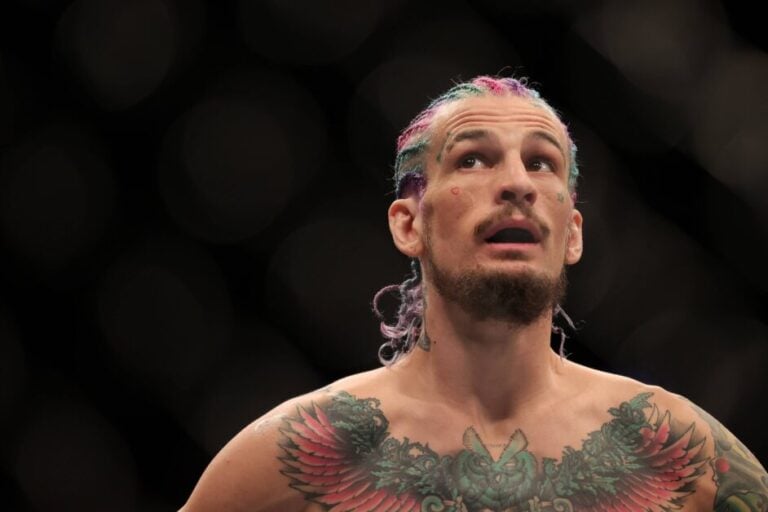 UFC star Sean O’Malley has given his thoughts on the current fighter pay issue that is currently the talk of the combat sports industry.

In recent weeks, UFC president Dana White has been embroiled in a dispute with the ever-controversial Jake Paul over fighter pay and healthcare.

Paul, who is coming off the back of a knockout victory over Tyron Woodley on December 18, wants to see MMA fighters paid more money and receive long-term healthcare after fights. He is also asking for fighters to be guaranteed 50 per cent of UFC’s annual revenue.

In return, Paul has said he will immediately retire from boxing once White has implemented his terms, setting a deadline of March 31.

He also says he will complete a USADA drugs test and agree to fight UFC star Jorge Masvidal in the Octagon.

Sean O’Malley, who is never afraid of speaking out about different issues, has offered some backing to the UFC president over the dispute between himself and Jake Paul – from a business perspective at least.

Speaking on his podcast, the TimboSugarShow, O’Malley said: “I don’t even blame [White].

In the past, in a similar way to Jake Paul, Sean O’Malley has directed criticism towards White for his handling of fighter pay.

It was reported in The Sun that the American fighter was paid a base salary of $60,000 after his UFC 260 fight against Thomas Almeida last March. O’Malley won via a third-round knockout of his opponent.

He asked: “Why do they have a problem paying someone what they’re worth?”

Who has backed Jake Paul in the fighter pay dispute?

Although Jake Paul’s demands towards Dana White have proven to be relatively controversial, he has received some backing from current and former UFC fighters.

One of those is former UFC middleweight champion, Robert Whittaker. The 31-year-old New Zealander wants to see better healthcare for fighters.

He told the Daily Mirror: “It’s hard to say. All the chips are in the company’s playing field. I would certainly love some healthcare.

“I would love that long-term post-fighting career security and I’m sure every fighter would.’

He added: “I would like different things to change. But I’m not crying over spilt milk. It is what it is. I’m very blessed to be able to do what I do for a living anyway. Instead of asking for what I don’t have, I’m grateful for what I do have.”

Speaking to Sirius XM, he said: “I think he’s being honest. I think he actually does care.

“Here’s the deal. We’ve had these movements where people talk about fighter pay. It is always people that it benefits.

“Jake Paul has nothing to gain here. I do believe that it does sound genuine, and because it’s a pain in the a** and it’s hard to do, and he’s still attacking it. He’s continually bringing it up for months and months, and he’s not letting it go.”