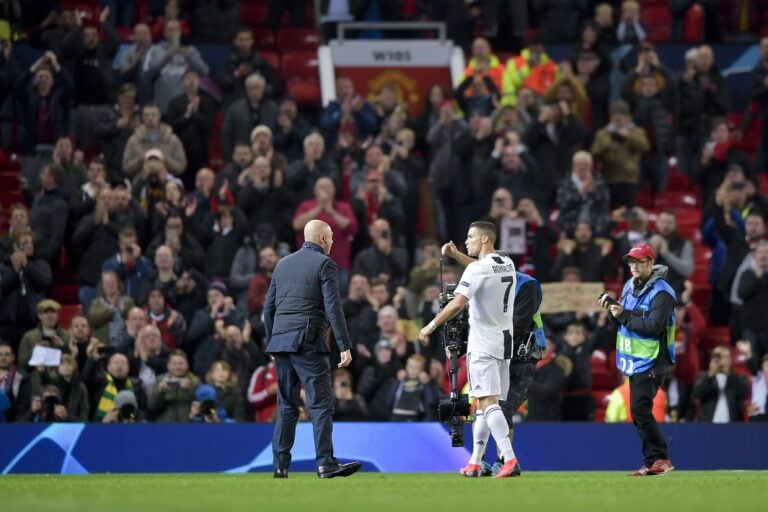 Some resale sites have been asking up to an eye-watering £2500 for tickets to what could be Cristiano Ronaldo‘s second debut for Manchester United.

United take on Newcastle at Old Trafford on September 11. It could potentially be Ronaldo’s first appearance back in a United shirt since signing from Juventus on transfer deadline day.

He was released early from the Portugal squad after being yellow carded for the celebration of his winning goal against Republic of Ireland.

The booking means he will miss Portugal’s World Cup qualifier against Azerbaijan.

Despite the early release, there has not yet been an indication of when he could join up with United.

He is, however, expected to play a part against Newcastle in the Red Devils’ first Premier League fixture after the international break.

And ticket resale websites have been asking for over £2,500 to watch the Portuguese icon in person, according to the Daily Mirror.

They state that ticket website StubHub are offering lower tier tickets for £2,514, although at the time of writing this article, no tickets are available in either hospitality or outside seated areas.

Live Football Tickets, meanwhile, currently have 207 tickets available starting at £265. The most expensive ticket – in the Sir Bobby Charlton Stand and close to the dugouts – is priced at a staggering £900.

It was confirmed last night that Ronaldo will take over the number seven shirt at United – the number he wore during his first stint at the club.

Edinson Cavani will move to the number 21, vacated by Daniel James after his departure to Leeds.

Ronaldo said: “I wasn’t sure if it would be possible to have the number seven shirt again.

“So I would like to say a huge thank you to Edi [Cavani] for this incredible gesture.”