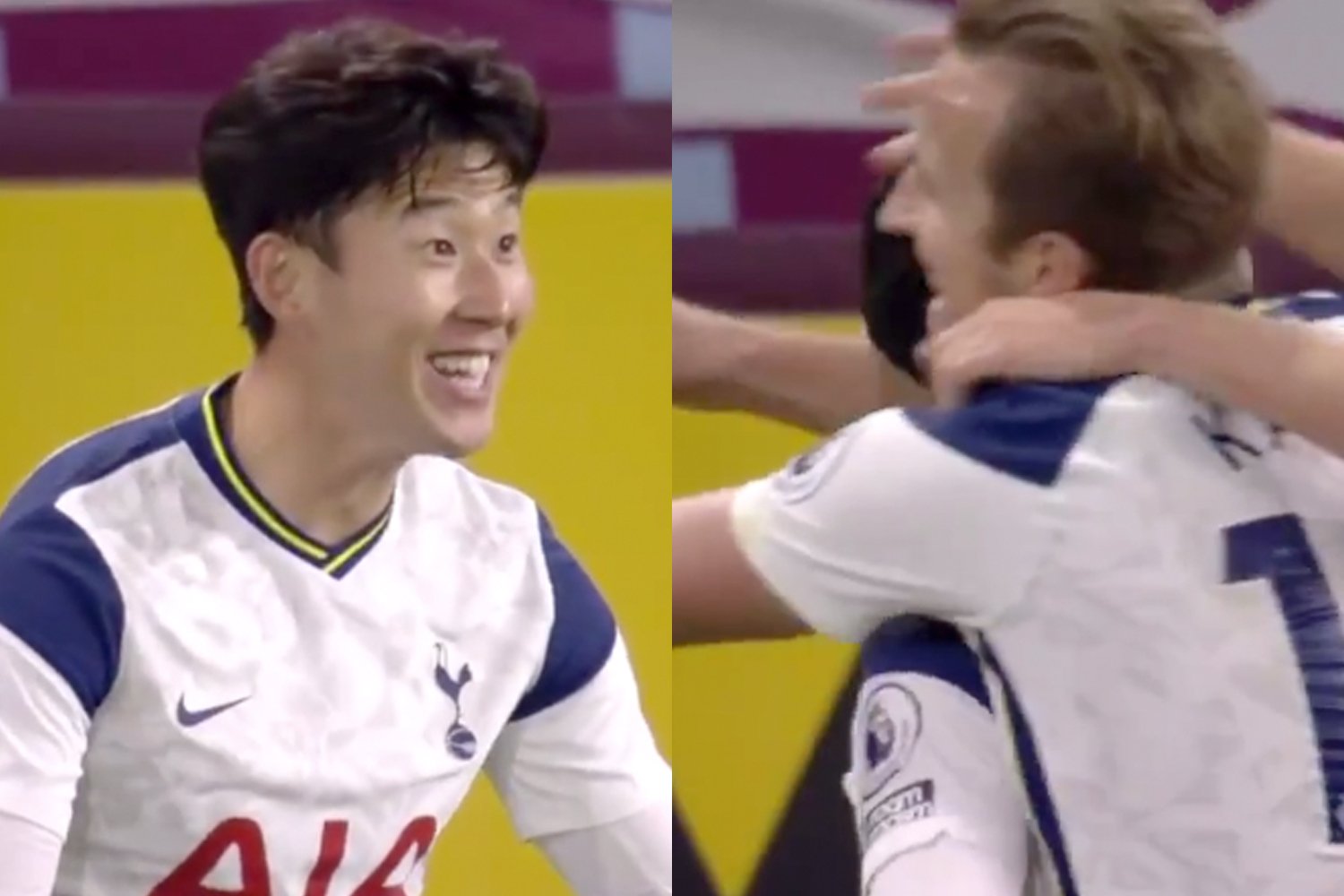 Son Heung-min and Harry Kane are proving themselves to be one of the most deadly partnerships the Premier League has ever seen.

The pair have always had an incredible understanding on the pitch, however this year has been something else for their link-up play.

In fact only Didier Drogba and Frank Lampard have combined for more goals in Premier League history, with 36 in total. With Kane and Son following closely behind on 29, it’s hard to imagine that they wouldn’t break that record.

Spurs 1-0 victory over Burnley added to the growing collection, as Son nodded in Kane’s ball across. The best part of it though came in the attacker’s celebration, and more specifically, the moment he realised it was the England captain who had set him up.

Son has taken an early lead in the race for the golden boot, with eight goals to his name so far, one ahead of Everton’s Dominic Calvert-Lewin. Just as notably though, is Kane’s newfound love of assists, leading the league with eight, double that of second place John McGinn.

If nothing else, we just love seeing Sonny happy, to be completely honest.