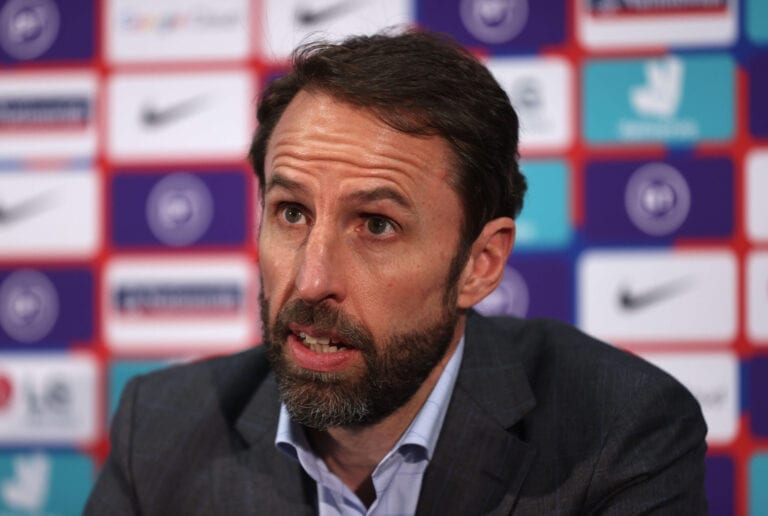 England manager Gareth Southgate has said that “the past is absolutely the past” after including Mason Greenwood in his provisional Euro 2020 squad.

Greenwood was selected as part of an provisional 33-man squad named by Southgate this afternoon, with a final 26-man squad set to be named on June 1.

It is the first time the Manchester United starlet has been called up since he was sent home from Iceland as a result of breaching COVID protocols in September of last year.

Greenwood and Phil Foden were both sent home from the England squad that had been present in the country for their Nations League clash against Iceland.

The 19-year-old had made his international debut during a 1-0 win, coming on as an 78th-minute substitute.

Now, on his return to the national team set up, Southgate reserved a message for the United forward when speaking to the media.

He said: “In terms of the past, that is absolutely in the past.

“I hope that his inclusion on the provisional list shows that we are happy to select him.

“Young players make mistakes and we move on from them. It was the same with Phil [Foden].

“His all-around game is still coming together but he has an exceptional talent for finishing.”

Greenwood has impressed towards the end of the campaign for Ole Gunnar Solskjaer‘s side, scoring eight goals in his last 13 appearances in all competitions.

Five of those strikes have come in Premier League action, with the forward scoring against Tottenham Hotspur and Leicester City.

He could play a part in the Europa League final against Villarreal on Wednesday evening, having been named in the 25-man party that will travel to Gdansk.

That squad also contains Harry Maguire, who Solskjaer rated as a doubt for the final last week.