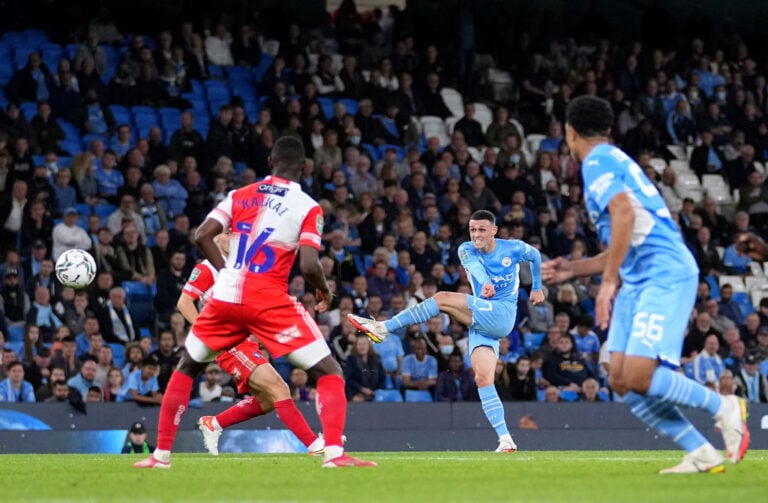 The Carabao Cup is heating up, with just 16 teams now left in the competition.

Indeed, 32 teams took part in the Three Round and there were some brilliant results and performances on show.

On Tuesday, Marcus Forss scored an incredible four times as Brentford had a convincing win over League Two opposition Oldham Athletic to reach the fourth round.

In a similar event, Burnley played Rochdale AFC with Jay Rodriguez scoring all four goals in their 4-1 win, meaning he’s already scored one goal more than his tally last season.

Leeds United secured a place in the next round following their penalties win over Fulham, with neither team being able to find the net in normal time.

Holders Manchester City kept their hopes of five-in-a-row alive by defeating Wycombe Wanderers 6-1 at the Etihad, despite the visitors taking the lead. Liverpool beat Norwich City 3-0 at Carrow Road, with Takumi Minamino scoring a brace for the away side.

Queens Park Rangers beat Everton on penalties after a pulsating match at the Kiyan Prince Foundation Stadium, while in another upset, Stoke City saw off Premier League opposition Watford.

On Wednesday Chelsea went through after beating Dean Smith’s Aston Villa in a 4-3 penalty shootout after it finished 1-1 in normal time.

Arsenal beat AFC Wimbledon 3-0 in what was an assured victory for Mikel Arteta’s men: Alexandre Lacazette, Emile Smith Rowe and Eddie Nketiah got a goal apiece against the League One opposition.

West Ham United, meanwhile, avenged their 2-1 defeat to Manchester United at the weekend, with Manuel Lanzini’s single goal inside nine minutes being the decisive factor in beating the Red Devils.

Tottenham Hotspur overcame Wolverhampton Wanderers in a penalty shootout after ordinary time resulted in a thrilling 2-2 draw, with Harry Kane back amongst the goals for Spurs.

Elsewhere, Leicester City were 2-0 victors in their match against Millwall at The Den.

The Round Four draw took place after the conclusion of the Round Three fixtures and will be played during the week commencing October 25, the draw includes a huge game for Preston North End as they entertain Liverpool at Deepdale.

Manchester City face a tough trip to West Ham United, Queens Park Rangers will welcome Sunderland, while Arsenal have Marcelo Bielsa’s men to contend with as Leeds United travel to the Emirates Stadium.