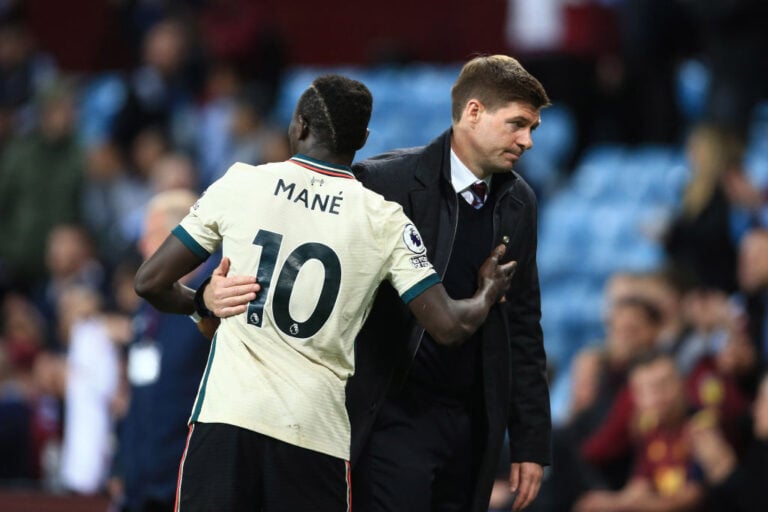 According to reports, the Senegal international has put Europe’s elite on high alert after deciding to leave Liverpool. As Mane is heading into the final year of his current contract, clubs may be able to pick him up for a lower fee. German outlet Bild claim that Liverpool have placed an asking price of €50 million on Sadio Mane.

So, who is interested in the forward? The Guardian state that Bundesliga champions Bayern Munich are front runners for Mane’s signature. Other teams in the mix include La Liga giants Barcelona and Real Madrid – but Bayern still lead the way.

However, Sadio Mane has not told the club that he wants to leave officially, per Sky Sports. There is no transfer request or confirmation of his intention to seek pastures new. Despite this, the Reds are still reportedly preparing for life without their star winger.

Who could replace Mane?

Recent reports suggest that Barcelona’s Ousmane Dembele could be on his way to Anfield. The Frenchman’s contract with Barca will expire in weeks, opening up the possibility of a free transfer.

Unfortunately, Dembele is a man in demand. Chelsea, Man United and PSG are also weighing up moves for the forward. Additionally, Dembele may re-sign with Barcelona after rediscovering his form under current boss Xavi.

Alternatively, Liverpool may make a move for Ajax’s Antony. The winger has been linked to Jurgen Klopp’s side before rumours of Mane’s exit started swirling.

Like in the case of Dembele, the Reds would have to beat stiff competition to secure the Brazilian’s signature. Because of Erik ten Hag’s arrival at Man United, a reunion at Old Trafford with his previous manager is a possibility for Antony.

Surprisingly, the Merseyside club had also plotted a move for Tottenham star, Heung-Min Son, this summer. However, Spurs qualifying for the Champions League ruined any plans of a transfer coup. So, a move for the South Korean winger appears nothing but a dream.

Former Liverpool captain Steven Gerrard hopes that his old club won’t have to replace Sadio Mane. He warned the winger to think carefully about his future plans.

Speaking to BT Sport (quotes via Daily Mail), the Liverpool legend questioned why Sadio Mane would want to leave the project.

“[Mohamed] Salah has already said that he is going to be here next year, I know there is a bit of noise around Mane.

“But why would you want to leave this Liverpool team? Because you know that they are going to be competitive in the business end of the season.”

Although they finished 2021/22 with the Carabao Cup and FA Cup, Liverpool could have had so much more. During the campaign, they played in every possible game, finishing a point behind champions Man City in the Premier League. Real Madrid narrowly beat the Reds 1-0 in the final of the Champions League.

Liverpool’s impressive ability to be competitive in all four major competitions demonstrates the trophy-winning opportunities available at Anfield. Therefore, Steven Gerrard may be warning Mane that he may not find as good a chance at silverware if he moves elsewhere.

Whether or not Sadio Mane heeds the former Liverpool captain’s advice remains to be seen.