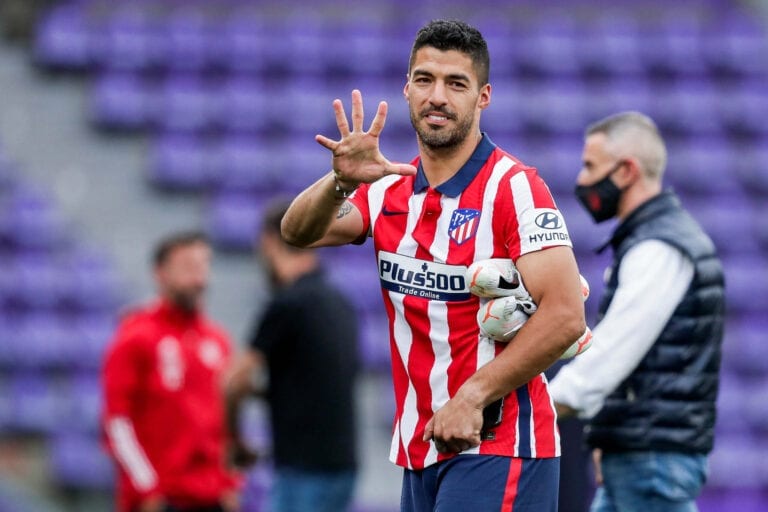 Luis Suarez has hit out at Barcelona and Ronald Koeman in a hard-hitting interview.

It turned out to be the perfect move for Suarez – he won the Spanish title with Atletico, whilst Barca ended the season in third place.

Speaking to El Partidazo de COPE, Suarez hit out at the club for the way he was treated in the weeks leading up to his departure, and criticised his former manager.

He said: “Koeman, after saying that he didn’t count on me, then told me: ‘if tomorrow your situation isn’t solved, I will count on you for the game against Villarreal’.

“I saw that he had no personality. He was not strong enough to tell me I was not needed.

“The decision [to sell me] came from the board.”

The 34-year-old then turned his attentions to former Barca president Josep Maria Bartomeu.

“First, President Bartomeu, who said everything in the press instead of calling me in person to tell me they did not want me. Why did they not say that in person?”

On the LaLiga win, he said: “Bartomeu or any board member at Barca did not call me, but I was going to send them a small picture…”

Also in the interview, he told of how he “suffered” when he was forced to train separately at the club, and that Lionel Messi has “not yet” told him that he will be staying at Camp Nou.

Suarez’s current contract at the Wanda Metropolitano expires in 2022, and when asked about his future plans, he said it was “impossible to say that I am leaving”.

He scored 21 league goals this season for Atletico, including the winning goal in the 2-1 victory over Vallidolid that secured the LaLiga title on the final day.