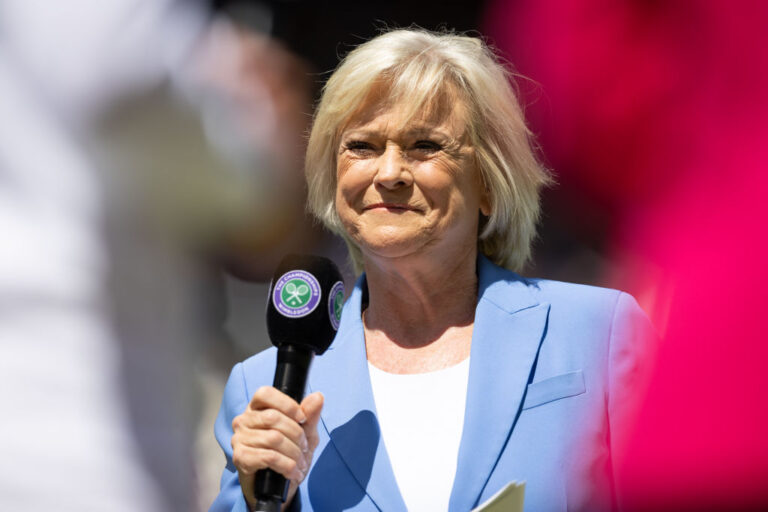 The iconic trio have set a new standard when it comes to success in the tennis world. Between them, they have won a staggering 63 Grand Slam titles – with this total bound to rise.

Currently, Nadal is the all-time Grand Slam leader, with 22 titles. Djokovic is just behind him, though, on 21.

Meanwhile, Roger Federer is two behind, on 20. However, the tennis legend will not be adding to his total as Federer recently announced his retirement from the sport.

He made his final appearance at the Laver Cup in September, losing a doubles match where he partnered with his longtime rival, Nadal.

Despite slowing down in later years, many still consider Federer the greatest player of all time. His rivals (who have surpassed his accolades) have many fans who would think otherwise, though.

Now, however, iconic tennis player and pundit Barker has waded into the debate, offering up her widely respected opinion on the GOAT of men’s tennis.

Barker started her comments by praising the amazing careers of all three legends.

“We have been blessed to watch this incredible era of the sport and all three of these great players will be remembered as greats of the game,” commented Barker, via The Express.

“Djokovic might well end up with the most Grand Slam titles. And what Nadal has achieved at the French Open with his 14 titles is just incredible.”

However, for the former BBC Wimbledon host, one tennis icon stands out above the rest.

“But I look at the way they play, and Roger Federer made the game look so easy,” she said.

“Also the role model he was to kids and his popularity around the world is second to none. He has been voted the most popular player for 20 years in a row. We were so lucky to have him playing until he was 40,” she continued.

She rounded up her statement by claiming, “For me, I would still say at the moment, that Roger is the best for everything he stands for and has given to the sport.”

Barker then gave a wonderful insight into why so many tennis fans love Roger Federer.

In honour of Centre Court’s 100th anniversary at Wimbledon this year, the organisers hosted a “Parade of Champions”.

A number of former winners – and legends of tennis – descended on the court.

But it was Federer who left the crowd stunned as he emerged into the stadium in a surprise appearance.

Barker, who was part of the event, recalled Federer’s return to Centre Court.

“I was very fortunate to be part of the Parade of Champions on middle Sunday at Wimbledon this year. Roger came over to take part. We didn’t know he was coming until half an hour before, so it was very exciting.”

She continued to say, “At the end, John McEnroe made a special presentation to me as it was my last year with the BBC. I was blubbing! Roger looked at me and reminded me of the time I made him cry on Centre Court when he won Wimbledon for the first time. It was a lovely moment.”