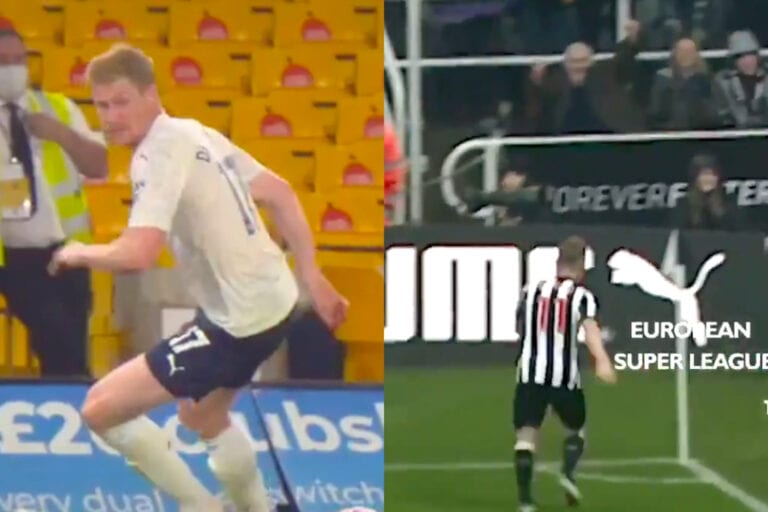 Since the Super League was announced on Sunday evening , football clubs across England – and indeed the whole of Europe – have been quick to speak out about the proposals.

Some clubs have posted passionate statements on social media, whereas others have trolled some of the ‘big six’ Premier League teams involved.

Let’s take a look at the best reactions from club social media accounts:

When initial news broke about the Super League on Sunday afternoon, some clubs rushed to Twitter to jokingly deny involvement in the proposals.

Irish First Division side Bray Wanderers were one of the first clubs to reassure their fans that they would be playing no part.

League Two side Crawley Town and National League outfit Wrexham then made the long-awaited confirmation that they wouldn’t be competing either.

Other clubs used TikTok to make their thoughts clear.

Wolves posted a video on Tuesday morning of opposition errors in games involving the ‘big six’ and Wolves themselves.

Leeds United then followed suit, posting a video which contained clips of the Whites scoring against those six clubs this season.

On the topic of Leeds, their Twitter account did not refer to Liverpool before or after their 1-1 Premier League draw against them on Monday night, instead calling them ‘Merseyside Reds’ in both kick-off and full-time tweets.

Newcastle United also got involved on TikTok, posting a video which saw Matt Ritchie kicking a corner flag which had been edited to show the words ‘European Super League’ on it.

Southampton and Wolves removed the six Premier League clubs signed up to the Super League from their thinking on Twitter on Tuesday morning.

Wolves changed their Twitter bio to ‘Premier League Champions 2018/19’ – in that season, Wolves finished seventh in the table behind all of the ‘big six’.

In reply, Southampton ‘congratulated’ Wolves and added that they themselves would be crowned champions in 2014/15, for the same reason.

Real Betis edited the LaLiga table on their official website to remove the participating clubs in the Super League.

Barcelona, Real Madrid and Atletico Madrid are the three Spanish clubs signed up to the competition.

Under the revised league table, Betis would currently sit third in LaLiga, with Sevilla and Villarreal ahead of them.

Meanwhile, Brentford were the best-performing non-Super League side in this season’s League Cup, progressing to the semi-finals of the competition.

And they were quick to offer a timely reminder on Twitter.

Other social media posts were popular simply because they reflected the views of fans, young and old.

Nottingham Forest, for instance, posted a classic quote from their legendary former manager Brian Clough, who once said: “We feel we should have a voice in running our industry. And I mean ours, I don’t mean mine, I mean ours.”

We’re sure there will be plenty more responses to add to this list over the coming days.