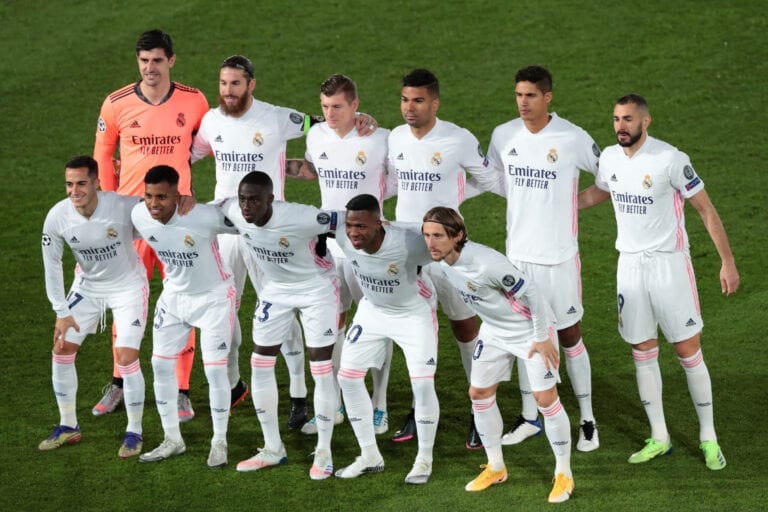 Real Madrid top the list of the biggest shirt sponsorship deals in world football, according to data presented by 123scommesse.it.

The Spanish giants’ five-year deal with Emirates is reportedly worth a huge $82.5 million per year.

The data also says that club also earned $424 million from advertising and sponsorships in the 2019/20 season according to the data, which is a 55% increase over five years.

Behind Real on the list are Tottenham Hotspur, whose deal with Hong Kong multinational insurance and financial corporation AIA – renewed in 2019 – is worth $50 million per year until the end of the 2026/27 season.

The data says that the new deal is worth $65 million per year, to a total of $325 million over the five-year contract.

Barcelona‘s shirt sponsorship deal with Internet company Rakuten brings in marginally smaller numbers. Their deal is also worth $65 million per year, meaning a total of $324 million over five years. They are ranked fourth on the overall list.

In fifth place are Bayern Munich. The Bundesliga giants’ sponsorship deal with Deutsche Telekom is worth $283 million, and expires in the 2022/23 season.

Behind them, three more Premier League clubs are included in the top 10.

Arsenal‘s contract with Emirates is worth $280 million. The airline are, of course, also the title sponsors of the club’s stadium.

Meanwhile, Liverpool‘s deal with Standard Chartered is worth $221 million and Chelsea‘s contract with mobile service providers Three is worth $166 million.

The data says that the top five sponsorship deals are worth over $1.7 billion.

Here are the top five in full, and their shirt sponsorship deals: